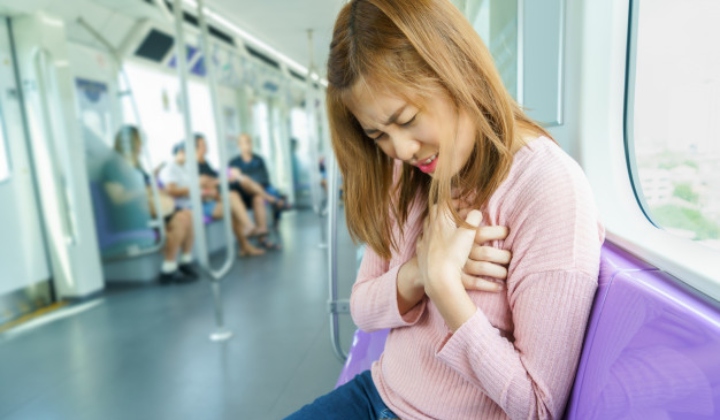 The number one killer in Malaysia is heart disease.

Data from the Department of Statistics show death from coronary heart disease (CHD) has increased since 2007. In 2017, 13,503 people died due to CAD, which basically means, CHD causes 37 deaths per day.

YET, many women have the mindset that heart attacks only occur in men.

Of course, it’s not entirely their fault. In the past, women below 55 were often not included in CHD clinical trials.

CHD is a silent killer that develops over decades and many don’t notice a problem until there is a significant blockage or a heart attack and by then, the prognosis may not be good.

ARE YOU AT RISK?

Everyone knows the traditional risk factors that contribute to heart disease, such as diabetes, hypertension, physical inactivity, obesity, and smoking.

However, in women, there are other risk factors besides the traditional ones.

Studies show that women who experience these conditions during their childbearing years have a higher chance of having CHD later in life.

After pregnancy, women assume the conditions were just part of their pregnancy and don’t follow up with their doctor.

Young women with breast cancer are also at risk of a damaged heart and coronary vessels. This is because of cancer treatment management of radiation, especially when done on the left side of their chest.

Women below 55 may not exhibit typical CHD symptoms, instead, their symptoms are vague and often attributed to lack of exercise or stress.

Their symptoms for also often mistaken to be due to gastric or menopause-related.

By the time they get treated for CHD, their disease is extensive and their outcomes and recovery rates are worse than men.

WHAT TO DO NEXT

One myth is that hormone replacement therapy helps a woman’s heart post-menopause. However, recent clinical trials prove that while it may help protect women from strokes and fractures, it does not have an impact on CHD.

If you exhibit any of the symptoms above and have any of the risk factors, go see a doctor.

If you are experiencing chest pains, get checked immediately.

What Part Did You Not Understand? GIF from Scrubs GIFs

The ‘Golden Hour’ is the first hour of having chest pains, and seeing the doctor during this period could make a difference in saving your life. The longer you wait, the more heart muscles become damaged.

If the symptoms fade, it is actually a warning that something is happening to your arteries, and if you wait until the next morning, you might never reach the hospital.

Take control of your health and don’t procrastinate.

80% of CHD-related deaths are preventable by living an active lifestyle and maintaining a healthy diet.

Driven to Extinction: The Tragedy of Malaysia’s Sumatran Rhino

Study: Your Kids & Grandkids Don’t Stand A Chance Against The Climate Crisis