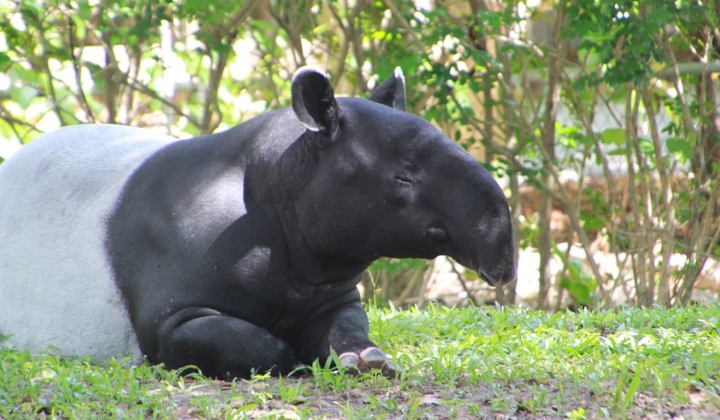 Seems like we’ve been seeing a whole lot of wildlife in Malaysia recently. From monkeys, to rhinos, and elephants.

Sun Bears in condos, tigers roaming the streets. Even orcas swimming about in our waters.

Cue in the customary Jumanji memes…

Well, in case anyone is making a scrapbook of all these recent wild encounters, here’s another story: It took eight men from the Civil Defence Force (CDF) to capture a tapir who had wandered off into a neighbourhood in Seremban, yesterday.

The animal was seen taking a morning stroll through the streets of Taman Lavender Heights, when residents spotted it and quickly informed the authorities.

It’s believed that the mammal had come from a nearby jungle, which CDF personnel later tried to coax it back into.

But, the tapir apparently had other plans in mind, and instead decided to make an unannounced visit to one of the houses in the area.

After a short game of cat and mouse (or of tapir and men...), the animal was finally captured and caged, and is to be handed over to experts at PERHILITAN.

Theyâ€™re quite easily recognized by their signature black and white body tone (which helps breaks up their body outline in the gloom of the forests in which it lives, so quick fashion tip to those looking to camouflage that Boba Beer belly. LOL…) as well as their weird-looking proboscis, which it is able to flex around.

But, did you know that baby tapirs look totally different from adult ones?

Check em out below. Aren’t they precious?!

The brown hair and white spotted stripes on baby tapirs helps them hide in the dappled light of their jungle habitat, which is useful when you have tigers and hunters lurking aboutâ€¦ (though, more hunters than tigers, sadly enoughâ€¦)