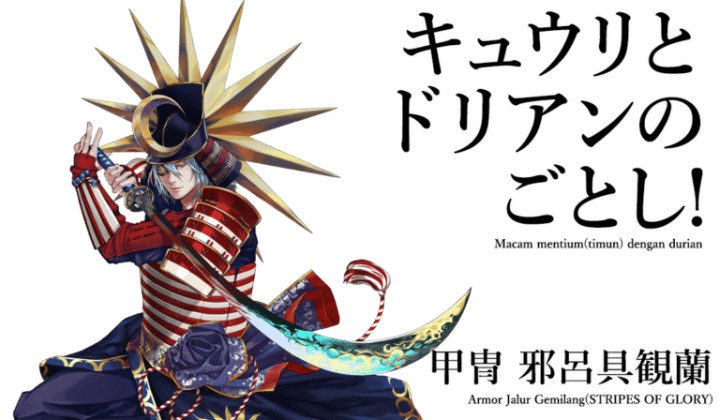 It’s no doubt that the Japanese do a number of things better than anyone else.

As the host of the 2020 Olympics, Japan first wowed us with how they decided to produce the Olympic medals – by recycling gold, silver, and bronze found in discarded smartphones and laptops. A plan that not only saves them a heap of money, but is also really good for the environment!

Now, it appears that several artists in Japan have reimagined the flags of each competing country as anime samurais to help promote the Games.

This project isn’t directly affiliated with the government of Japan or with the Japanese Olympics committee. It was just some artists who were excited for the Games and decided to draw some cool samurais and upload them onto a website called “World Flags” to help introduce people to the countries that will be competing in this global competition.

Which, if you ask us, is very Japanese of them.

Although the artwork of the characters are also very Japanese, each samurai is inspired by the culture, history and national identity of each country, giving us a “harmony in diversity” kind of vibe.

Check out some of the ones they did below:

If you thought those were good, check out the ones they did for the Southeast Asian countries:

We might be biased, but we think the Malaysian samurai is probably the best one out of the lot.

Here’s a close up of our samurai for a better look:

His armour bears the colours of our Jalur Gemilang; white, red, blue and yellow. As well as the stripes, crescent moon and 14-pointed star. They also used the crescent moon and star for his cool looking head piece.

The World Flag website includes a little bit of background information of each country and a brief history of each flag, and what the flags represent.

To check out more samurai renditions for other countries, visit their website here.