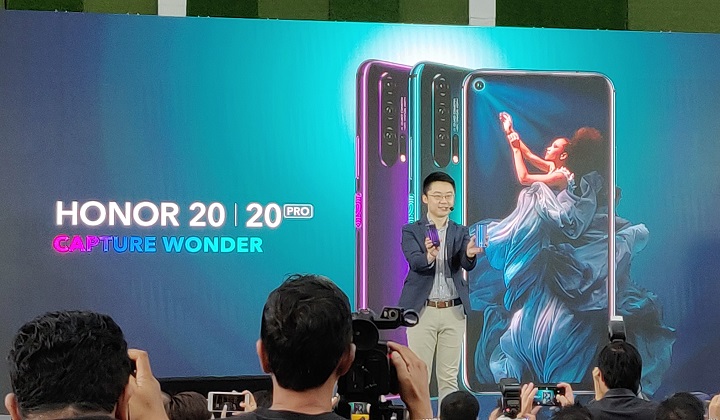 Smartphone maker Honor, a subsidiary of Chinese tech company Huawei, launches the Honor 20 for just RM1,699 in Malaysia today in open defiance of the blacklist by the U.S. government.

“There is a question that everyone wants to ask. To that, we answer that we are here. We are standing here launching a new product.”

Honor have also highlighted that Honor’s tagline continues to be “Honor the Brave.”

Huawei, and Honor by extension, have been in the headlines recently after Google cut business ties with them to comply with an Executive Order by U.S. President Donald J. Trump.

Tech hardware companies such as Intel, Qualcomm and ARM have also followed suit.

However, while the U.S. has since relaxed the restrictions on Huawei for 90 days following Google’s announcement, the Chinese-based companies don’t appear to be flinching.

Huawei has pointed out that they’ve been preparing for such a situation by building their own hardware and software solutions for a long time.

Regarding the Honor 20 Series, of particular interest is the Honor 20 Lite which will have a triple rear camera setup which Honor says is the best camera you can get for a phone under RM1,000.