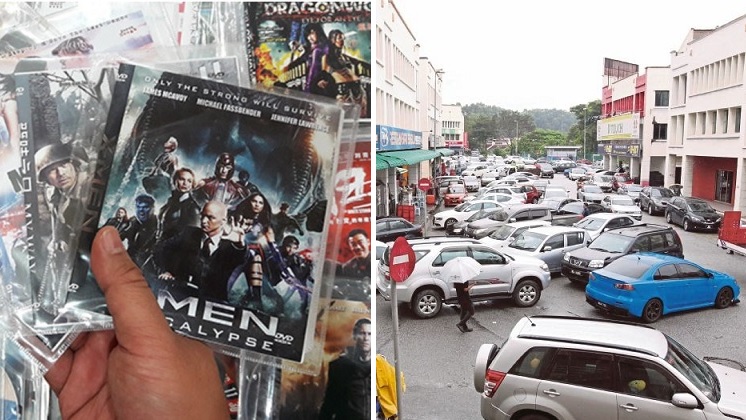 Growing up in Malaysia, many of us remember sitting at a mamak and being approached by a DVD seller. So much so that when the phrase “Why should we buy the GOLD DISC (Original) and NOT the PURPLE DISC DVD-R?” is something every Malaysian has memorized.

From time to time we would see these sellers get arrested but they were always back a week later.

The selling of illegal DVDs was so rampant that most malls and neighborhoods had entire shops dedicated to them.

The point of this is that a law is only a law if it’s enforced and when it’s something that is desired by the public loopholes will be found and it will be made available to the public.

The Malaysian vape story is a similar story: We are not Singapore. Enforcement is tough. If you think about it vaping was technically illegal for the last 10 years yet there are vape shops and promoters approaching you at bars and restaurants to sell vapes from China. It is also illegal to advertise, but we see the adverts on Instagram all the time.

Enforcement is often a ‘tax’ to be paid for those regulating us vs strict action and a fine. This of course does not cover all enforcement officers, but the reality is that it’s a practice that is all too common in Malaysia. As they say, there are bad apples. Many are underpaid and overworked whilst their department is shorthanded.

Similarly, we have all seen drivers driving in bus lanes and on our RM4 million bicycle lanes in Kuala Lumpur.

We don’t even have to go that far; double parking is a rampant problem across Malaysia and you know you have encountered being blocked and had to horn and wait at least once in your life.

If you haven’t then you probably don’t own a car or are rich and have a driver.

Without enforcement that is swift, people will continue to break the law.

This is why Generation End Game is not going to work. It’s a noble cause and we all want a smoke-free future but the reality is that it’s going to be incredibly difficult to enforce.

Let me be clear I am 100% for Generation End Game but the devil is in the details. Without proper enforcement, the future youth will be smoking illicit cigarettes instead of regulated and taxed cigarettes.

In theory, Generation End Game is the perfect deal. I am left alone to my vices whilst my adult children won’t be able to indulge. However, a law is only a “law” if it’s enforced so I will expect to get calls in the future from my future adult children to borrow RM5,000 to pay off the fine.

That is of course if the law is enforced.

Winston Robertson is the CEO of 3rd Wave Media which operates portals The Rakyat Post, Buzzkini, and TechTRP.