The student claimed a female teacher had also cut the holy string on her hand and told her to remove the black dot (pottu) and white mark (viduthi) on her forehead on the way to class. 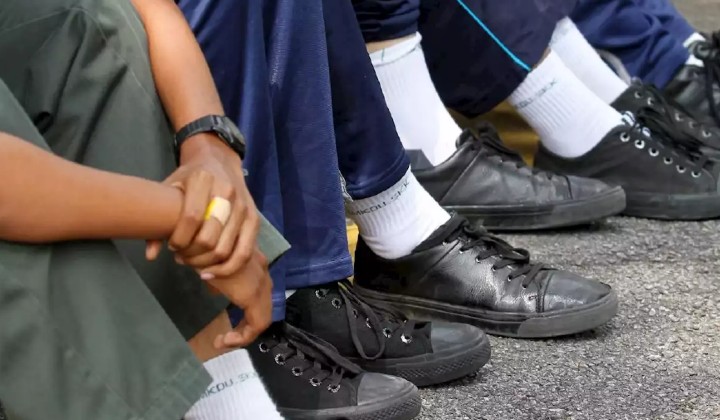 The police are conducting further investigations into the claims of a Form One student of a secondary school in Tasek Gelugor, near Kepala Batas, Penang, that she was punished for wearing velcro shoes to school. The student claimed she was ordered to kneel while raising her hands during an assembly at the school on 1 November.

According to a Bernama report, Seberang Perai Selatan District Police Chief ACP Mohd Radzi Ahmad said the 13-year-old filed a police report at 10.43 p.m. the same day, claiming to have been punished for wearing velcro shoes instead of lace-up shoes.

The student further stated that on the way to class, the female teacher cut the holy string on her hand and instructed her to remove the black dot (pottu) and white mark (viduthi) on her forehead.

He said that the teenager informed her father about the event before filing a police report.

Preliminary investigation found that the student had transferred to the school just last month, and the police have already gathered witness statements from a number of Malay and Indian students and teachers.

Mohd Radzi stated that based on the initial testimony of the witnesses, they claimed they did not see the student kneeling during the assembly, and that there were also witnesses who saw the red rope on the victim’s hand and the mark on the victim’s forehead after the school session ended.

He also confirmed that the teacher in question had lodged a report to deny the claims.

The police are still investigating the incident under Section 298 of the Penal Code.

Mohd Radzi advised the public against speculating on incidents involving religious insults as it could affect racial harmony.

According to him, the police took the matter seriously and would not compromise with any of the parties involved.