He said by the time he woke up, his toys were gone. 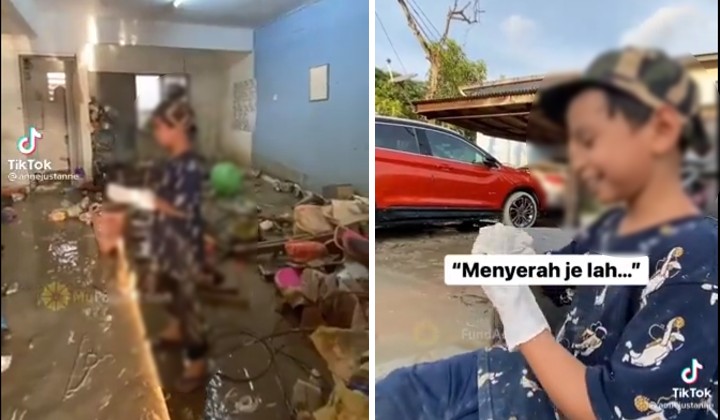 The floods have affected all walks of life, not just adults and the elderly, but also the children who also reeling from the effects and aftermath of the recent natural disaster.

Recently a clip surfaced online showing a child talking about losing his toys due to the strong current that went through their house.

The over 30-second video was posted on Twitter showing the condition of the house before it transitions to the child sharing his experiences.

The toy robot that I just bought was swept away by the flood. After I’ve bought the toy, I noticed that the package has arrived. At around 10, I woke up and saw the water was already waist high and I looked for my toys, that’s when I realised that the water has taken them far away.

When asked about he felt, the child said there’s nothing much he can do but to “menyerah” or accept the predicaments that have happened.

READ MORE: Kids Worry About Their Stuff Too: How The Flood Traumatizes Children

Malaysians who saw the clip were heartbroken seeing a child losing everything that he loves at a very young age.

You can see the pain in his eyes and the frustration in his smile. 😢😢 https://t.co/7VJ6SoGipI

Many who commented on the post even offered to give him their toys so that he can feel a bit better.

Meanwhile, there were others who commended the child for being positive despite losing his toys.

They applaud him for keeping a brave face and moving on, something which even adults struggle to do consistently.

and he said it with a smile. strong boy la u dik 🙁 https://t.co/rXasWTVgVO