Foreign man in his 20s is arrested by the police and is being investigated for kidnapping. 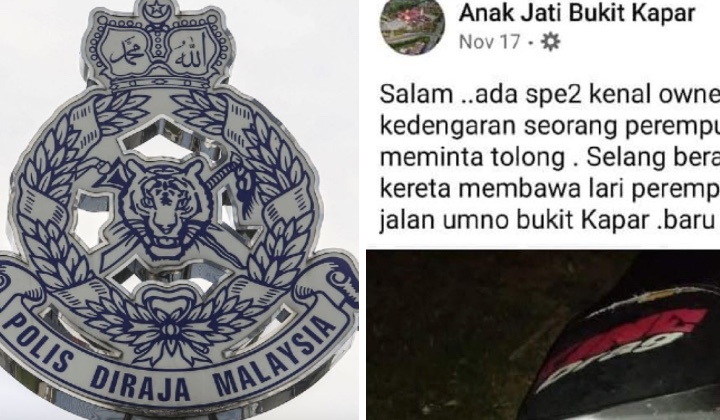 A foreigner is in deep trouble after kidnapping his wife—who was attempting to leave him.

North Klang District Police Chief, Assistant Commissioner S. Vijaya Rao was quoted by Harian Metro that police arrested the suspect following a report made by a local man at 10.30 pm on Tuesday.

Accordingly, the complainant informed that while at home in Jalan Bukit Kapar, he heard the screams of a woman.

It was believed that the woman was kidnapped using a Proton Satria car.

Acting on information, at 10pm the next day, a police team went to Perak and arrested a foreigner believed to be involved in the case. During the arrest, the victim was found to be with the suspect.

Vijaya Rao said the investigation found that the victim, a 17-year-old foreigner, was married without registration to a 20-year-old suspect from the same country.

He said the incident happened while the victim was riding a motorcycle when she was stopped by the suspect who was driving the car.

The suspect forced the victim into the car, then took the victim to a house of unknown location. According to investigation, the cause of the incident was due to a misunderstanding between the victim and the suspect on domestic matters

He said the suspect is being remanded for 14 days starting 18 November to assist in the investigation.

The case is being investigated according to Section 365 of the Penal Code.

Earlier, a screenshot made its round on social media concerning the alleged incident of a man kidnapping a girl.

Hopefully, the couple can reconcile and the husband will learn to deal with future conflicts in a mature manner.

Kudos to the police for their professionalism and swift action.