Malaysia will be part of the Council for three years. 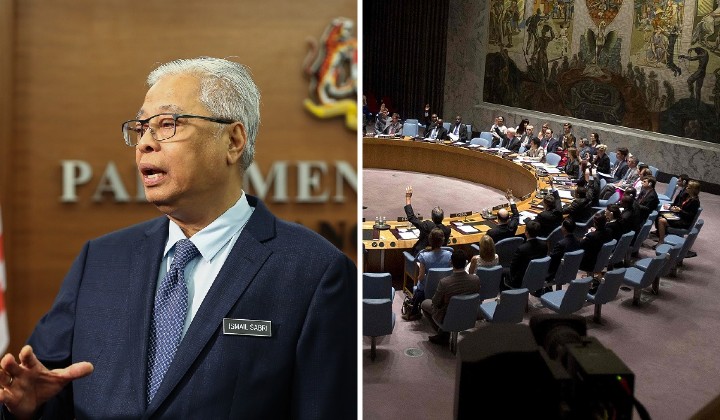 He made the announcement on social media saying that the country has 183 votes on the 2022-2024 term.

We are ready to play an active role – to be the facilitator for conciliation, enabler for cooperation, and builder of consensus. Malaysia will work closely with UN Member States to advance the global human rights agenda, as enshrined in the Universal Declaration of Human Rights. As our nations lay the groundwork for a sustained and inclusive recovery post Covid-19, human rights must be kept at the centre of all our efforts. In unity, for humanity.

Malaysia is not the only country which has been accepted into the Council as the United States is making a comeback after withdrawing three years ago.

The UN’s Human Rights Council is a intergovernmental body within the United Nations (UN) system that discusses about human rights issues happening worldwide.

It’s made up of 47 countries and membership is based on geographical distribution. Below is how these seats are distributed:

The membership would last for three years and countries who have served two consecutive terms are not eligible for immediate re-election.

How is Malaysia doing in the human rights department?

Although the country has been accepted into the Council, Malaysia’s human rights track record hasn’t been stellar.

Previous reports have pointed out that there are a few things which we’re lacking in that department such as not really complying with the Universal Declaration of Human Rights and dropping down to Tier 3 from Tier 2 in the US State Department’s annual human trafficking report.

The Tier 3 list has 17 countries in it, including North Korea, Syria and Afghanistan.

READ MORE: Malaysia Joins Afghanistan And North Korea In The Lowest Rank Of Tier 3 In The Annual Human Trafficking Report