SAPP Vice President says the owner of the mall is responsible for the gaffe and PH could not deliver. 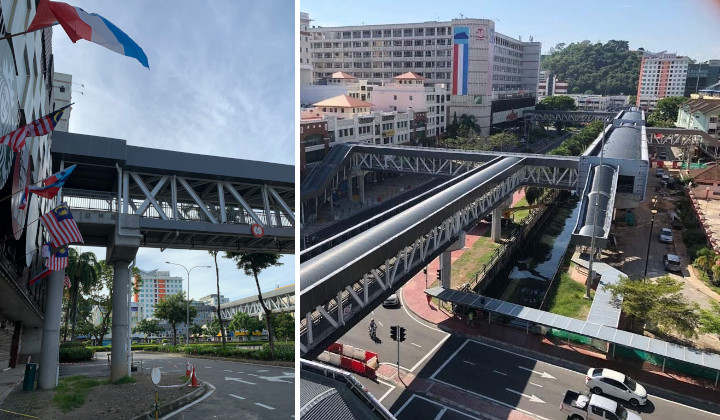 It is equipped with escalators, air conditioners, kiosks and facilities for the disabled.

But keen eyed Sabahans noticed that one of the paths to the newly completed skybridge in the middle of Kota Kinabalu leads to the side of a mall with no doors. Hilarity ensued.

READ MORE: The Government Paid RM64 Million For A Skybridge That Leads To A Dead End

Gee Tien Siong, Vice President of the Sabah Progressive Party (SAPP) explained that the connection to Center Point Sabah was not part of the original plan, reported FMT.

Instead, the mall itself is responsible for completing the connection to the Skybridge. However, construction was delayed because of the MCO, which is why the bridge now seemingly “leads nowhere”.

As of right now, the Skybridge path leading to the dead end has already been blocked off from the public.

The KK Skybridge is expected to open to the public on 9 September.

The journey to realize this ‘skybridge’ has gone through many twists and turns.

He claims that some malicious individuals are spreading rumors to belittle the facility just because the intersection is not finished before pointing a finger at the previous administration for not completing the KK Skybridge.

Although we are sure that no one is going to avoid using the KK Skybridge just because one of its paths became famous, we wonder how long will it be left hanging like one of those disappearing-step staircase in the Grand Staircase Tower.