The Ministry of Youth and Sports had planned to reward Ziyad for his efforts despite the disqualification. 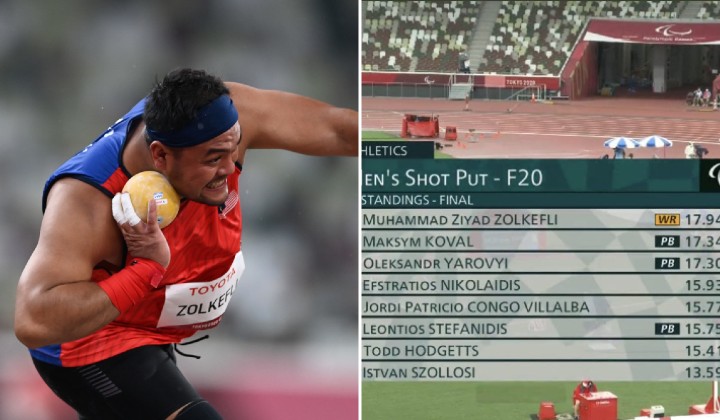 He was quoted by Berita Harian saying that it’s unfortunate that Ziyad should be used as a lesson and if the reward proposal is accepted, it will have a negative impact in the future if the same situation happens to other athletes.

Zolkples stressed that it would certainly negate the conditions stipulated in the rewards of the National Sports Council’s (MSN) Sports Victory Prize Scheme (SHAKAM).

Basically, Ziyad in this case, he was said to ‘Did Not Start’ despite taking part in (status) protests and everything. In the end, his success was revoked and he didn’t succeed, he failed. So, how are we going to deny that failure? Here are those who want to take a chance. Some supposedly want to show sympathy. I also sympathize. If you want to look at the sentimental value, I am that person because I was the one who started bringing Ziyad when I was the Director General of MSN.

Recently, the Ministry of Youth and Sports (KBS) was reported to be proposing to the Cabinet on a reward commensurate with Ziyad to appreciate his achievements at the Tokyo 2020 Paralympic Games.

KBS Minister Faizal Azumu said that what happened to the athlete was unprecedented and added that Ziyad has done something truly amazing, despite not bringing back gold.

The shot putter has previously won medals for his country namely the bronze medal in London 2012 and the gold medal in Rio 2016.