Shamsul Anuar Nasarah said in March that he would resign if the party asked him to do so. 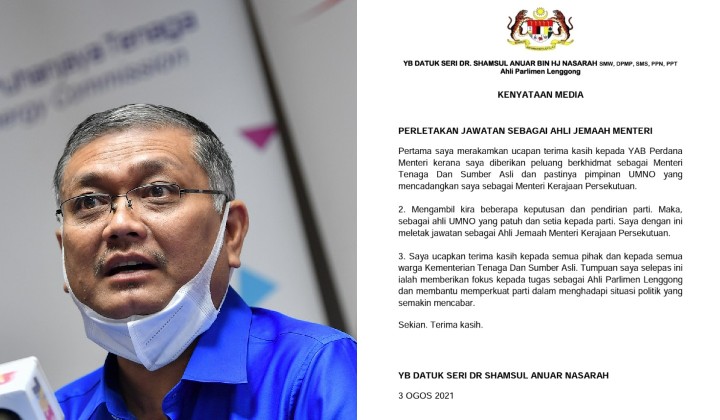 Lenggong MP Datuk Seri Dr Shamsul Anuar Nasarah has announced that he is vacating his post as Energy and Natural Resources Minister.

In a statement released today, he thanked Prime Minister Tan Sri Mahiaddin Md Yasin and his party UMNO for suggesting that he should be a Minister.

Taking into account some decisions and stances of the party. So, as an UMNO member who is obedient and loyal to the party. I hereby resign as Cabinet Minister of the Federal Government.

Earlier this year, Shamsul said to the media that he is ready to resign if it is a directive from the party leadership.

He was quoted by Utusan saying this will be a proof of his loyalty to UMNO which fights only for the people and not positions.