He said the government should impose a stricter MCO but they must also be involved in helping out the disadvantaged. 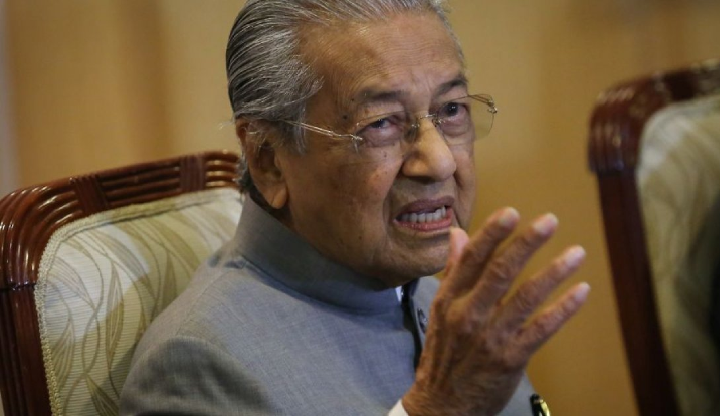 Complacency has cost us in the fight against Covid-19 and we need to buckle up to tackle the pandemic, says Former Prime Minister Tun Dr Mahathir Mohamad, who is a trained doctor and previously practiced medicine.

He said in his latest blog post that whatever may be the cause of the present flare-up of the pandemic, we must accept that we must deal with it and attempt to reduce the number of new cases which he added will cost a lot of money.

So far, Mahathir said that the government has claimed to have spent around RM600 billion to fight the pandemic, which he added would give Malaysia the capacity to fight off the infection but it hasn’t worked.

We have to be serious about the fight against Covid-19. If not we are going to see a lot of people die who could have been saved.

Another MCO would help, but government has to be involved

He welcomed the intention of the government in introducing the Movement Control Order (MCO), but mentioned that it would be best to apply stricter measures to combat the disease.

Dr Mahathir said confining people at home means they will have no money and no food and the government must accept the responsibility of keeping people alive.

For food there should be public kitchens where food is prepared, packaged and delivered to the homes. It is important that the quarantined people should not come out to collect the food at the kitchens. This will cause crowds to gather. Couriers should be recruited to deliver the food to the houses. There should be no contact between the delivery boys and the householders. Hotel kitchens should be utilised to prepare and package the food.

He added that the home quarantine should be for at least one month and the police and the military should be very strict in ensuring the people don’t go out during this period.

Dr Mahathir said that when Malaysia first experienced the coronavirus attack, the whole country had to accept total movement control.

There were no cars on the streets and no pedestrians. After one month we congratulated ourselves on the success of the measure. New cases numbered in two digits and death did not exceed ten. We became over confident. We believed we know how to manage the pandemic.

Complacency has cost us

This changed when we held elections in Sabah, he added, and since then, Malaysia has seen the cases increase dramatically, up to more than 6,000 a day on 19 May.

He also had a say on how the government handled bazaars on Ramadhan, which was a haphazard affair because they had to juggle between public health and also the opening of bazaars.

I suppose the Government did not want to be unpopular by banning the bazaars. The Government must know that the crowds would be uncontrollable. And sure, enough as soon as the bazaars open, the cases increased. From under 2000, the daily new cases shot up to more than 4000 a day. Panicked the bazaars were suddenly banned.

Another thing that Mahathir touched on was speeding up the inoculation process with special attention given to those living in rural areas.

He said that although other countries have only started vaccinating their population, it has an impact on the infection rates in those nations.

Mahathir added that mass testing should be done regularly to detect positive cases and isolate them.

We should accept whatever vaccine that had been used in other countries extensively. A special effort must be made to get kampung people to be vaccinated. Masks must be worn, and hands washed all the time. Frequent tests should be carried out to ensure all infected people are identified and quarantined. In many countries even the first jab of vaccines can help reduce the number of new cases. But even those who had the vaccines need to be tested again and again.