Both Zahid and UMNO are not happy about the situation. 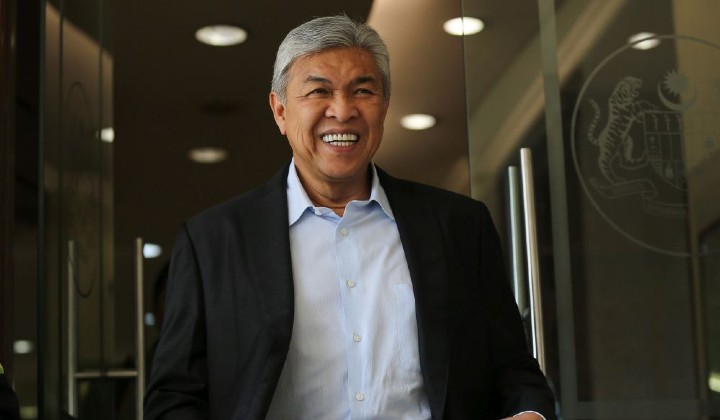 It’s reported that the first half of the clip is of Zahid’s speech at the recent UMNO General Assembly before it cuts off to the alleged telephone call.

In the recording, the two individuals were having a friendly chat where the man who sounded like Anwar praised the other person for his speech.

The man also said that it’s the first time in 22 years that he watched the General Assembly.

The other person later replied that he learned it from his teacher – the man who sounded like Anwar.

Zahid denied that he was in the clip

Zahid reportedly denied that he had a phone conversation with Anwar Ibrahim and said that he will ask his officer to file a police report to find the ‘mastermind’.

On Facebook, the UMNO leader expressed his disgust on the matter and added that he was shocked to find out about the clip.

As the President of UMNO, I will not violate any decisions that have been decided by the UMNO Supreme Council and the UMNO General Assembly. I have directed my officer to immediately make a police report to investigate and identify the mastermind behind this “scheme of thing”.

Meanwhile, the PKR President hasn’t come out with a statement on the issue.

UMNO is not happy

UMNO Supreme Council Member Datuk Dr Mohd Puad Zarkashi slammed the leak and likened it to the time when US president Richard Nixon resigned over the Watergate scandal in 1972, based on reports by The Star.

He said to Malay Mail that the party must no longer be burdened by Zahid’s unresolved criminal charges.