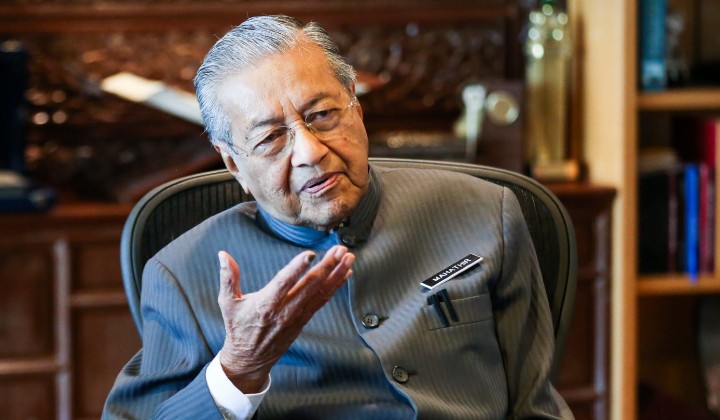 Members of the Opposition voice their disapproval and concerns over the declaration of an Emergency to bring the Covid-19 pandemic under control.

Parti Pejuang Tanah Air (Pejuang) founder Tun Dr Mahathir Mohamad was quoted as saying that the Emergency was unnecessary and that the government already had enough power to manage the pandemic.

Dr Mahathir expressed his worries over the lack of details concerning the Emergency and questions what difference the proclamation would make to control the pandemic.

We don’t know just how much this Emergency would restrict our movements. Without the Emergency, the government has enough power to prevent the Covid-19 problem. So the state of Emergency is supposed to stop the spread of Covid-19, but what can this Emergency do that couldn’t be done by the government.

Dr Mahathir reportedly proposed that the Emergency and the suspension of Parliament may have been due to the rumour that the Perikatan Nasional (PN) government no longer has majority support from members of the Parliament (MP).

DAP Secretary-General Lim Guan Eng expressed similar concerns that the Federal Government will have unchecked power without Parliament oversight and further questions what the PN government expects to do with an Emergency.

Will the performance of the PN government improve with an Emergency? This is unlikely with the suspension of Parliament when there are no longer any restraints against abuse of power, the upholding accountability and transparency without parliamentary oversight or any checks and balances provided by the Opposition.”

He laments that the Cabinet of Ministers had failed to properly communicate with the public and urged the government to present its plan of action to protect the rakyat’s wellbeing by laying out standard operating procedures (SOP) for the Movement Control Order (MCO) period as well as provide comprehensive moratorium and cash handouts to ensure the financial security of the people.

He also said that the government should include and involve the Opposition within the Special Committee that would be tasked to oversee the situation during the Emergency.

Meanwhile, Parti Keadilan Rakyat (PKR) Secretary-General Datuk Seri Saifuddin Nasution Ismail said on Facebook that it was difficult to dismiss the political motives behind the declaration of Emergency made by the government.

Muhyiddin following the footsteps of Donald Trump, Attacking Parliament (Capitol), declares an Emergency and does not respect the results of an election.