Netizens are appalled and request immediate action by PDRM. 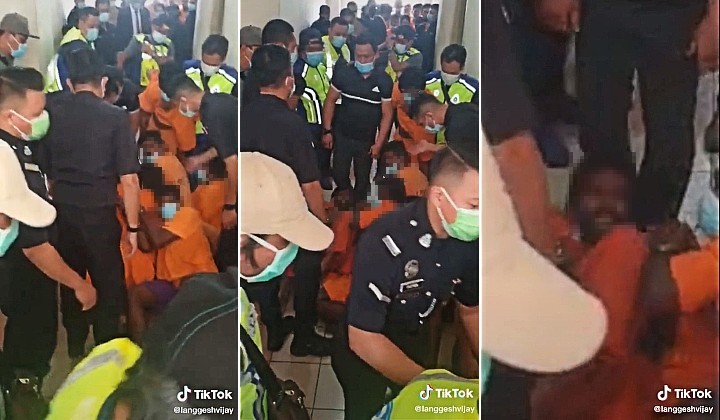 At less than 3-minutes long, the clip showed scenes supposedly taken at a courthouse in Banting, Selangor.

The video showed several handcuffed men dressed in orange lock-up overalls squatting on the floor while being surrounded by police officers.

Officers can be heard shouting orders to get the detainees, who appeared to be reluctant, on their feet.

The footage also captured an instance where a man, who was not in uniform, allegedly kicking one of the detainees in the head while the latter laid on the ground.

Social media comments show netizens appalled and request that PDRM take immediate action against what transpired in the video.