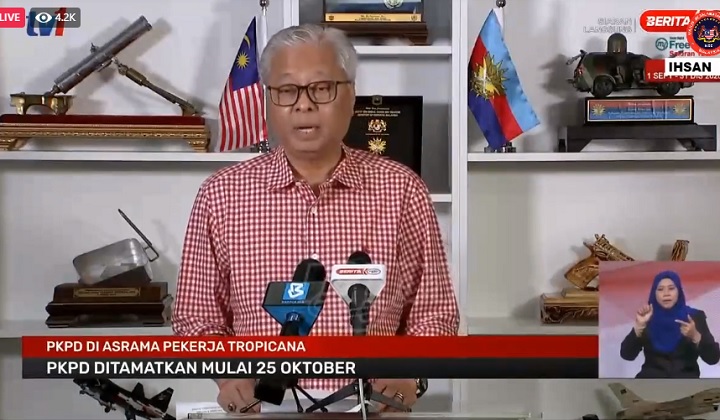 During the National Security Council’s (MKN) daily press conference, Ismail Sabri explained that the decision was made after monitoring the unabating Covid-19 situation in the state.

Sabah’s second CMCO will begin on 27 October and continue for 14 days until 9 November.

At the same time, Ismail Sabri also announced that two localities in Tawau – Taman Semarak and PPR Balung- will be placed under Enhanced MCO (EMCO) beginning 26 October (Monday) until 10 November 2020.

All residents in EMCO cannot exit the lockdown area while schools, religious institutions and social places will be closed. Residents are only allowed to leave their homes to buy groceries and essentials.

The state was initially placed under CMCO beginning 13 October and set to end on 26 October.