He’s trying very hard to reverse the dissolution of the State Assembly. 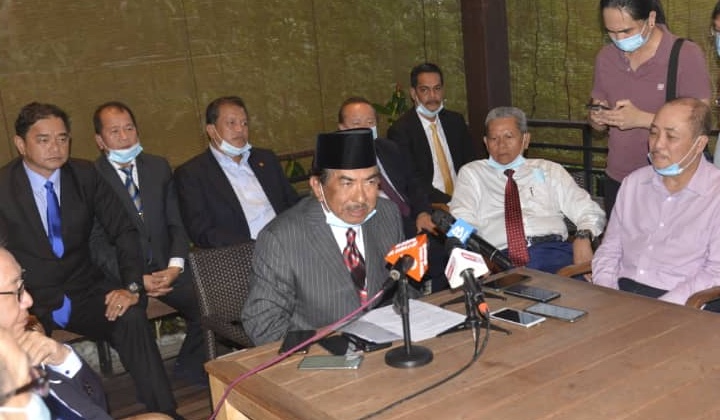 According to reports, his entourage which was made up 10 luxury vehicles was halted by the police who made a roadblock near Bulatan Nanas, Jalan Istana at around 3:50 pm.

A few of his lawyers tried to negotiate with authorities but the Sungai Sibuga MP was denied access by the police.

Earlier today, Musa Aman said there was no need to dissolve the State Assembly (DUN) and subsequently hold snap elections.

During the same press conferece at his house, he reiterated the claims made earlier that he holds a simple majority needed to form the State Government.

Going so far as to gather the state assembly to sit behind him,he said to the press that he had sent their 33 Satuatory Declarations to the Tuan Yang Terutama Tun Datuk Seri Panglima  Juhar Mahiruddin through his lawyers.

It seems that the State’s snap elections will be held within the next 60 days, during which Shafie will stay on-board as the caretaker Chief Minister.