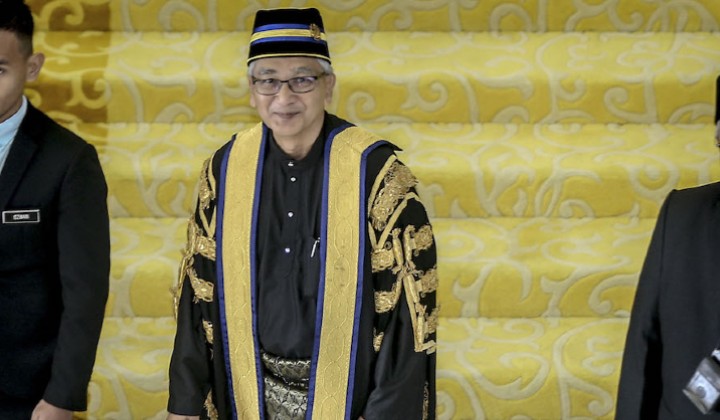 Tan Sri Datuk Mohamad Ariff Md Yusof has vacated his position as the Speaker of the House of the Representatives after a motion was made for him to do so by the Prime Minister Tan Sri Muhyiddin Yassin.

The motion was then was fiercely debated between the MPs where it escalated to a shouting match.

Datuk Seri Anwar Ibrahim (PKR-Port Dickson) asks that MPs be given time to debate and that the matter should not be rushed as it is of national importance.

He also said that this is the first time that this has happened in the nation’s history and argues that there was no wrongdoing by the Speaker to warrant his replacement, pointing out that previous replacements were made due to death or elections.

Shafie Apdal also argued that, “There is the Executive, Parliament and Judiciary. There is a separation of powers. The Executive cannot intervene in Parliament.”

Meanwhile, Tun Dr. Mahathir Muhammad (Independent-Langkawi) rejects the motion made by Muhyiddin to remove the Dewan Speaker as it goes against parliamentary norms.

The Dewan Rakyat then accepted the motion to a bloc vote on whether to remove the Speaker of the House.

111 voted for the removal of Mohamad Ariff, while voted 109 against the motion.

Today’s sitting (13 July) kickstarts the Second Meeting of the Third Term for Parliament, which would take place for 25 days from July 13 to August 27.

That meeting only featured the Royal address by Yang di-Pertuan Agong Al-Sultan Abdullah Ri’ayatuddin Al-Mustafa Billah Shah as at the time, the country was still trying to contain the spread of the coronavirus.