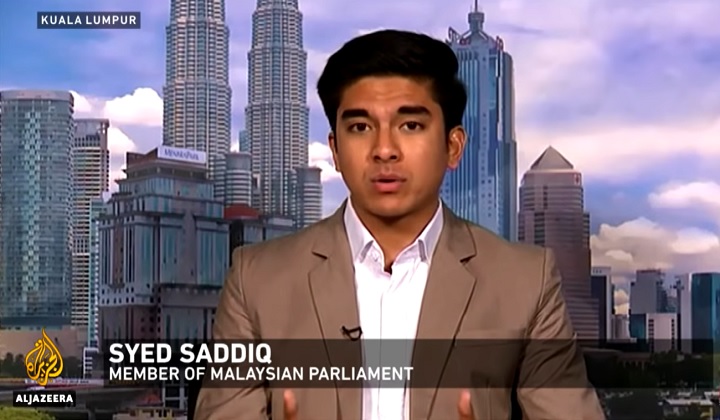 Muar Member of Parliament (MP) Syed Saddiq Syed Abdul Rahman revealed that he has been called in by Bukit Aman over a 6th March interview with Al-Jazeera where he spoke out against Pakatan Nasional coming into power.

On Twitter today, the former Youth & Sports Minister said that he is being investigated by PDRM under Section 233 of the Communications and Multimedia Act (CMA) 1998 and Section 4(1) of the Sedition Act 1948.

Saying he is prepared to give his full cooperation to the police, Syed Saddiq affirms that he will not fear for the truth.

In the interview, Syed Saddiq expressed his disappointment with Prime Minister Tan Sri Muhyiddin Yassin, someone he regarded as a father figure, for allegedly betraying the party and forming an illegitimate “back door government”.

What truly disappoints me is that today, my very own leader, my ‘father’, decided to open the door of the Malaysian government and democracy to the same kleptocrats that threatened me, my family, who sacked him and threatened his family. And now, aligning himself (to them).

On Tuesday, 16th June, former Deputy Minister of Women, Family & Community Development Minister Hannah Yeoh was called in by Bukit Aman over a tweet she had made on child marriage in March 2020.

The Sedition Act and Section 233 of the CMA has long been criticised by rights groups as a tool to suppress criticisms and freedom of speech.