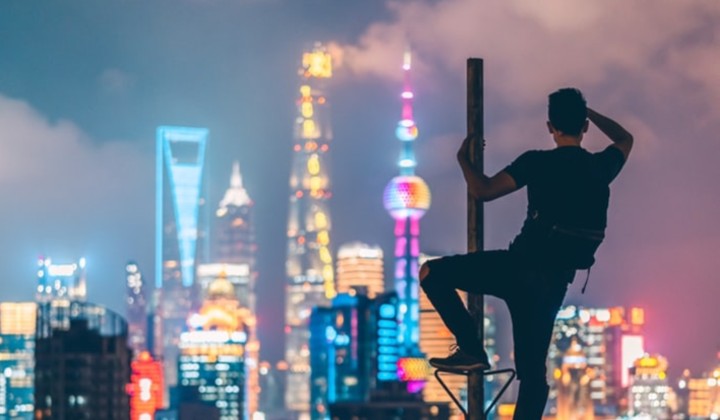 Covid-19 has gripped the world in a state of alarm, with over 56,000 infected globally and over 2,000 deaths in Mainland China alone.

In response to this, panicked citizens and governments, particularly in China, have participated in police-enforced and self-imposed quarantines.

Many cities in the world’s leading manufacturing country are at a standstill, with empty streets and shuttered stores. During Chinese New Year, it is routine for the whole country to take a week-long break.

However, the sudden outbreak of Covid-19 during this time ensured that the country took an extended vacation. Shops, factories, construction, and other industries grounded to a halt while cities came under lockdown and travel bans were imposed, leaving more than 5 million Wuhan residents stranded elsewhere with the economy at a standstill.

The unintended consequence of this is that China’s carbon emissions have seen a drastic drop of more than a quarter compared to historical data.

According to Carbon Brief, the average coal consumption at power plants fell to a four-year low, almost half of 2019, with no sign of recovery since 3 February 2020.

Almost every indicator of industrial activity in China has dropped sharply, including coal, blast furnaces, oil refineries, steel plants, and others.

Even though China has announced that businesses should resume as normal on 10 February 2020, Chinese citizens themselves are continuing their self-quarantine, or are struggling to return to their jobs due to quarantined areas.

This means that it is estimated that CO2 emissions from passenger aviation have reduced by 11%!

Many industrial factories are also operating at a lower capacity, not just due to the lack of workers, but also because global demand shifted to other countries such as India and Vietnam over fears of the coronavirus.

Exports from China have drastically slowed down, which is why you can’t buy goods originating from China on Lazada, TaoBao, or other popular online shopping apps. Small businesses in Malaysia that rely on cheaper imports from China are scrambling to find supplies elsewhere, as stocks from China are delayed or cancelled.

However, while the slash in carbon emissions is significant, experts do not think that it will last very long.

This dip in energy consumption is estimated to only reduce about 1% of annual figures. China is also primed to perform on overcapacity to replace lost production volumes. Since it is likely that they will want to recoup economic losses after the Covid-19 standstill, carbon emissions are likely to catch up rapidly as well.

After all, China is determined to prove the worth of its economy. President Xi Jinping has urged the country to quickly resume economic activities.

Perhaps this break is Mother Nature’s way of asking us to slow down.

TLDR: Why Ex-Factory Workers Are Taking Dyson To Court & How Malaysia Is Involved