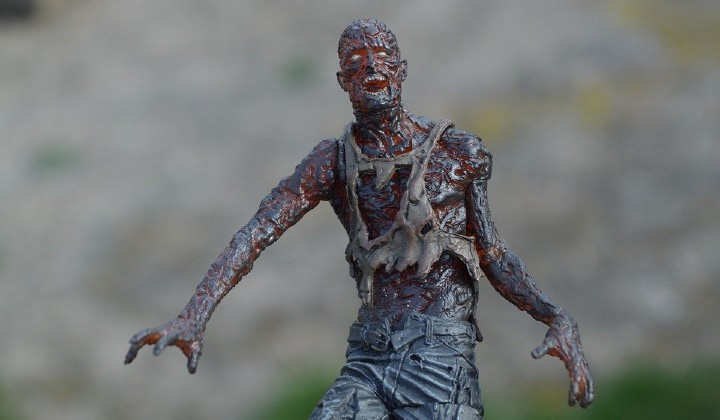 The Wuhan coronavirus is certainly serious and shouldn’t be taken lightly. Its virility means that it can spread fast, but so far its fatality rate is still 2%; markedly less than SARS at 9.6% and with far fewer deaths than the common flu, which claimed its 10,000th victim this flu season alone.

However, fear over the coronavirus has led to public panic.

And panic makes people do stupid things. In China, alleged misinformation about how the virus spreads has led to multiple deaths of beloved pet dogs and cats.

This isn’t new. In 2003, during the SARS outbreak, the same thing happened. Families being quarantined had their pets taken away to be isolated or killed over fear that they would spread the virus, despite absolutely no proof that the coronavirus could infect the pets.

All this seems like hysterical behaviour, but time and time again humanity proves to be irrational in the face of great fear.

The reason for this is actually rooted deeply in our psyche. According to research, fear is one of the two emotions that dramatically alters the way we perceive and react to things. (The other is romantic desire, also commonly associated with the term “love makes you stupid”.)

After watching a scary film, people were significantly more persuaded by a conformity pitch (“over a million sold!”) than a uniqueness appeal (“stand out from the crowd”).

What this means is that when people are afraid, they turn to the herd-mentality to feel safe.

Unsurprisingly, the herd mentality of Malaysians isn’t entirely smart: calling for a travel ban on visitors from China, despite no evidence of travel bans working; or buying out entire stocks of face masks, despite no evidence of face masks being particularly good at preventing the virus; or spreading rumors that the virus will cause affected patients to become zombies, despite… well, science.

The looming threat of a pandemic brings out the worst in people. The xenophobia and racism we’ve seen during the coronavirus outbreak is simply a knee-jerk reaction to a fear of the unknown.

Because the novel Coronavirus is, well, new, it means that we don’t know enough about it to make a decision about how to approach the pandemic, but we only know that we should be wary, because of its potential threat to our health.

Wariness is what keeps human alive when dealing with something new. Nature rewards caution, and that’s why we instinctively feel that it’s “better to be safe than sorry”.

Wariness is very much different from panic: one urges habitual hand-washing and coughing into your elbow, the other insists that all Chinese people eat raw game and carry the Wuhan virus just because of their spoken language.

Current news suggest that the 2019-nCoV is on its way to being a pandemic, meaning that it’s a highly transmissible virus that is spreading worldwide and will affect a large number of people. An epidemic, in contrast, affects those in a community or region.

Everything We Know About Vitamin C In Relation To Covid-19

Malaysia is already one of the top countries in handling outbreaks and we have our own Health Quarantine Center at the Sungai Buloh Hospital.

Additionally, there are global strategies in place to curb pandemics. According to the World Health Organisation (WHO), 22 of the 27 Western Pacific countries have national plans for pandemic preparedness. The Western Pacific Region covers a wide mix of countries in the Pacific, Oceania and parts of Asia, including Malaysia.

While the idea of a pandemic happening is the driving plot for numerous zombie movies and video games, real life is a lot less dramatic. China has already isolated and released the genetic data of the coronavirus to the global science community, and researchers are working on a vaccine.

In the meantime, it would do the country good to stop panicking and follow the guidelines put forth by the WHO and the country’s top-notch medical community, none of which includes hoarding face masks and making derogatory comments.

Instead, these guidelines urge basic protective measures such as washing your hands and maintaining social distances.

Malaysia, and the world, has survived epidemics and pandemics. Like our favourite zombie shows, oftentimes the most dangerous thing isn’t the virus, but rather the horrible things that humans can do out of fear.

Everything We Know About Vitamin C In Relation To Covid-19

‘Plandemic’ Is Fake News, Hosted By A Discredited Researcher