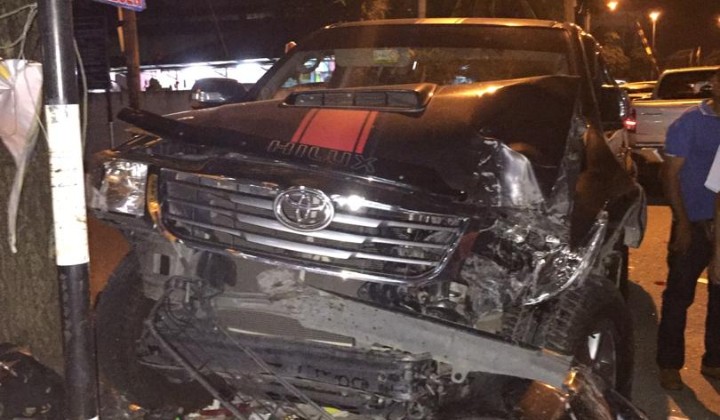 Driving under the influence is dangerous and it doesn’t only endanger the driver but innocent lives as well.

In 2015, there have been 1,035 road accidents linked to driving under the influence of alcohol and/or other substances, with 618 of them being fatal.

Finance Minister Lim Guan Eng said the government is studying to amend penalties for those found guilty of driving under the influence, as well as for dangerous driving that causes death with a fine of up to RM100,000.

Besides the fine, offenders could face lengthier jail time of up to 20 years from the current punishment of 10.

After a slew of cases involving intoxicated drivers made headlines at the beginning of 2020, the Ministry of Transport decided to review the Road and Transport Act 1987 in Cabinet and impose heavier penalties for offences relating to driving under the influence of alcohol and reckless driving.

Three sections of the Act would be amended to tighten existing laws with harsher penalties – Section 41, 44 and 45(g).

The Transport Minister Anthony Loke Siew Fook said amendments will be brought to Parliament as early as July after discussing it with relevant parties.

This is not the first time the Ministry wants to change the existing law as the Minister had plans to amend it since 2018.

Laws to be reviewed

Section 41 states that drivers who drive recklessly and cause death can be imprisoned up to 2 to 10 years and fined from RM5,000 to RM20,000.

The acquited driver will also be disqualified from holding or obtaining a driver’s license not less than 3 years from the date of conviction and 10 years for subsequent convictions.

Section 44 is related to driving while under the influence of intoxicating liquor or drugs and upon conviction, those found guilty can be punished with imprisonment to 10 years and fined up to RM20,000.

Section 45(g) is regarding the limit of alcohol within the body and the law states there are three ways authorities can find out the level of intoxication: breath, urine and blood.

The Ministry of Transport is also looking at identifying drink-driving hotspots, set up a special court for drunk driving cases and offering financial compensation to the next-of-kin of those killed by drunk drivers.

Accidents caused by drunk driving have raised public concerns as more cases are becoming viral in the country with many urging lawmakers to review existing laws.

In Kuala Lumpur, 158 individuals were arrested for driving under the influence, according to the police who also added that cases often happen after midnight.

Some even made online petitions that surpassed the 50,000 mark on the online polling system, change.org urging the government to outright ban the sale of alcohol.

In February 2020, the media reported (Feb 9) an accident involving a drunk driver who tail-ended a motorcycle and subsequently killing the rider and injuring the pillion rider.

Within the space of 72 hours (Feb 11), another drunk driver collided with another motorcycle and killed both passengers.

The week after (Feb 16), another case was reported involving a suspected drunk driver who drove against the flow of traffic. He rammed his vehicle into another car and three motorcycles, killing 1 person and injuring four.

On the same day, a police patrol car was hit by a vehicle driven by a suspected drunk driver on the Federal Highway, but no casualties were reported.

What do the stakeholders say

The news of the review is positively received by stakeholders who think the amendment is timely.

The family of Khairizul Mohamad Noor, the motorcyclist who died after colliding with a drunk driver, praised the government in imposing heavier penalties.

The Inspector-General of the Royal Military Police Tan Sri Abdul Hamid Bador also welcomed the move to impose heavier penalties as he said that driving under the influence should be seen as a serious issue to prevent further accidents and casualties.

While the Alliance for Safe Community (Ikatan) chairman Tan Sri Lee Lam Thye said besides the change, education should also be given to the target demographic to not drink and drive.

He said the government should allocate funds to come up with effective awareness campaigns and once the law is put in place, it should be enforced with integrity.