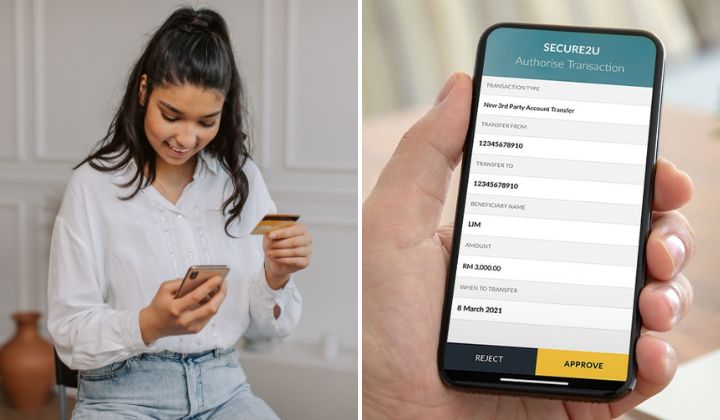 There have been several financial scams involving the potential hacking of SMS One-Time Passwords (OTP) which has caused victims to lose a lot of money from their bank accounts.

Malayan Banking Bhd (Maybank) has announced that it’ll fully migrate to a more secure authentication method via Secure2u by June 2023.

The move is in line with Bank Negara’s direction for banks to move to a secure authentication method.

According to The Star, Secure2u will be used for online activities or transactions related to account opening, fund transfers and payments, including changes to personal information and account settings.

For now, Maybank only allows one Secure2u device per account holder/customer to minimise the possibility of a customer’s online banking details being compromised or used by a third party.

There’s also an added security measure in the form of an alert from Maybank via SMS, push notification and an email when Secure2u is registered on a new device.

Maybank will introduce a cooling-off period when customers enable Secure2u on a different device to prevent unauthorised Secure2u approvals by the fourth quarter of 2022.

The cooling-off period before the activation of Secure2u on a new mobile device will provide sufficient time for customers to verify and report to the Bank in case of any unauthorised registration.

Secure2u was introduced in April 2017 so Maybank customers could conveniently and safely authorise Maybank2u and MAE transactions via Secure Verification (one-tap approval) and Secure transaction activation codes (a six-digit TAC number generated on the mobile app).