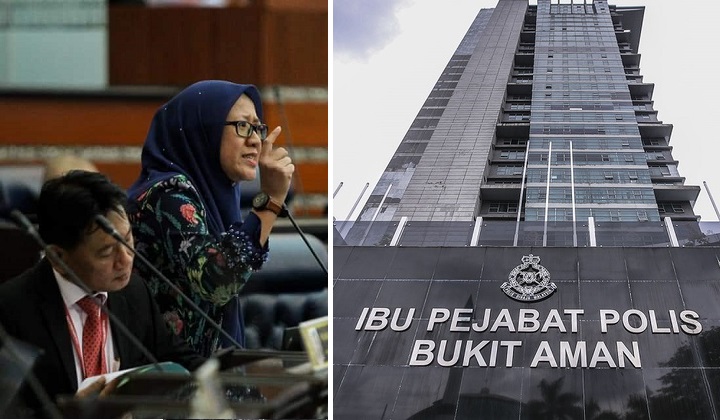 Kota Belud MP Isnaraissah Munirah Majilis condemns the police force for transferring nine of its personnel from Selangor police contingent that was under investigation for extorting a businessman in Gombak.

“Sabah and Sarawak are not dumping ground. Whose idea was this?” she wrote on Twitter yesterday, accompanying her update with a screenshot of a media report of the decision.

She also posted the same question on Facebook, where she laments the apparent prejudice and apathetic attitude toward Sabah and Sarawak by the Federal Government.

The Warisan Wirawati chief said that it was bad enough that East Malaysia fell behind other Peninsular states in terms of infrastructure and urged the Federal Government not to dump problematic civil servants to Sabah and Sarawak.

“When will we progress,” she asked, while also demanding better treatment from the Federal Government to the East Malaysian states.

Last Friday, nine policemen – ranked from constable to sub-inspector – were arrested for allegedly extorting a businessman, believed to be related to a drugs case, in Gombak recently.

It was not uncommon for civil servants that were facing disciplinary actions to be put in cold storage and transferred out from their current department.

In supporting Isnaraissah, netizens suggested a revamp in the disciplinary actions imposed on civil servants that had flaunted the law.