Ironically, the man had never consumed the dish before due to a bitter experience of choking on fish bones in the past. 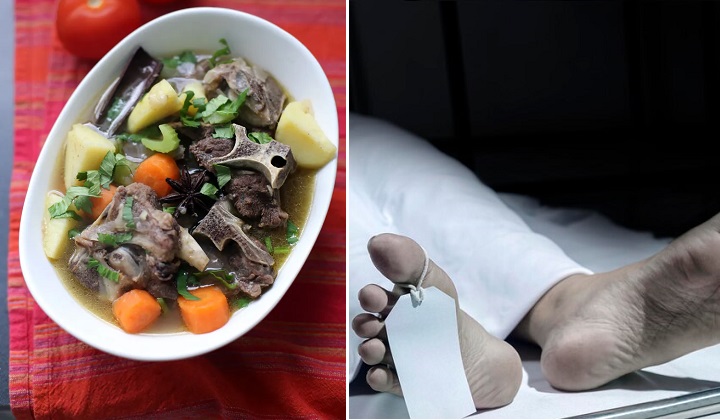 A 28-year-old man passed away after he choked on “sup tulang” at his home in Kampung Alor Selising, Jertih in Dungun Terengganu, yesterday, New Straits Times reported.

Ironically, that was the first time that the victim, Wan Azlan Wan Ishak, had ever tried eating the bone stew dish as he had a traumatic experience choking on fish bones before.

According to his sister, Wan Suria Wan Ishak, 32, the incident happened just after Wan Azlan had returned home from work at about 5.15pm.

She said the victim went straight to the kitchen to reheat the dish.

“He choked on the meat while eating the stew. He was probably hungry, so he swallowed the meat even though it was tough.

“I tried to help him but was unsuccessful. I got him to recite the syahadah before he lost consciousness.

“He was taken to Besut Hospital where he was confirmed dead about 5.50pm,” said Wan Suria, adding that their parents are also at home when the incident took place.

She said that the family had accepted the death of her brother, whose remains were buried at the Kampung Padang Landak cemetery yesterday.