Prime Minister Datuk Seri Ismail Sabri Yaakob continues his bid to elevate the status of the Malay language on the global stage. 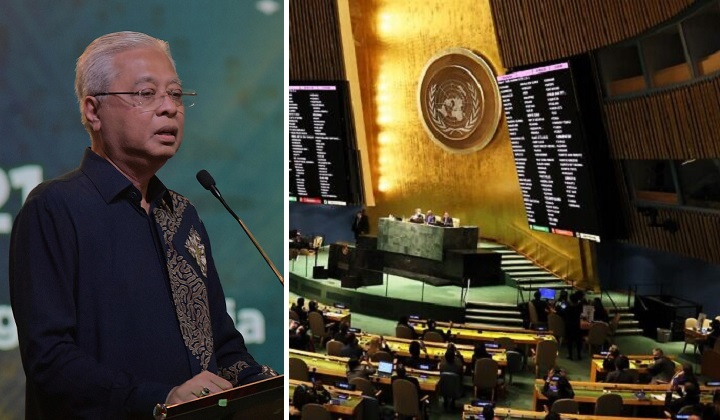 Prime Minister Datuk Seri Ismail Sabri Yaakob will use Bahasa Melayu (Malay) officially in his speeches at the next international meets.

“The Prime Minister has decided that he will deliver his speeches in Malay during the Asean Summit and the United Nations General Assembly later this year,” Foreign Minister Datuk Seri Saifuddin Abdullah was quoted by Bernama.

The Asean Summit is slated for November 2022 while The UN’s General Assembly is usually held in the third week of September.

He said that it shouldn’t be awkward for Malaysian leaders to speak in Malay at international events as other foreign leaders also use their mother tongue at these events.

Saifuddin added that the prime minister too will be using Malay during meetings in his official working visit to Qatar and the UAE next week.

Ismail began to use Malay during official international meetings during his recent visit to Cambodia earlier this month.

The prime minister yesterday pledged for Malay to become Asean’s second language as Malay is used not only in Malaysia but also in Indonesia, Brunei, and Singapore as well as in southern Thailand, southern Philippines, and in parts of Cambodia.

Ismail said that he will propose the matter to the Asean leaders.