The channel has since been taken down. 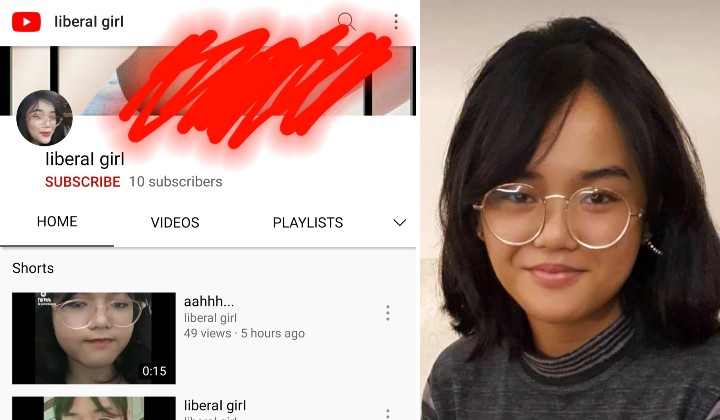 17-year-old Ain Husniza Saiful Nizam started the #MakeSchoolASaferPlace movement after she exposed a male teacher (whose identity has yet to be revealed) for making rape jokes.

This garnered nationwide attention, with many parties commending her for her bravery to speak out, and certain parties condemning her for shaming others by speaking out.

Although this first happened early in the year, Ain has become an activist campaigning for better protection for girls in school.

According to a tweet from her father, Saiful Nizam, this YouTube channel is named ‘liberal girl’ and features videos taken from Ain’s TikTok account edited to include pornography.

Saiful has lodged a report with YouTube and MCMC, and will be lodging a police report soon.

Regardless, netizens were shocked by such a crass act.

Really sad to see this. This is far beyond bullying, this is CHARACTER ASSASSINATION.

Omg what even… Sir, I am so sorry that you have to witness your child being bashed and taken advantage of like this just for standing up for what’s right. I couldn’t even imagine how you and your daughter feels. What a fucked up society we are in.

Alhamdulillah akaun dah ditutup, thank you everyone 🙏 Lets keep fighting 💪 for a better future for everyone. pic.twitter.com/mmsDiHynQe