Getting personal with Ain Husniza 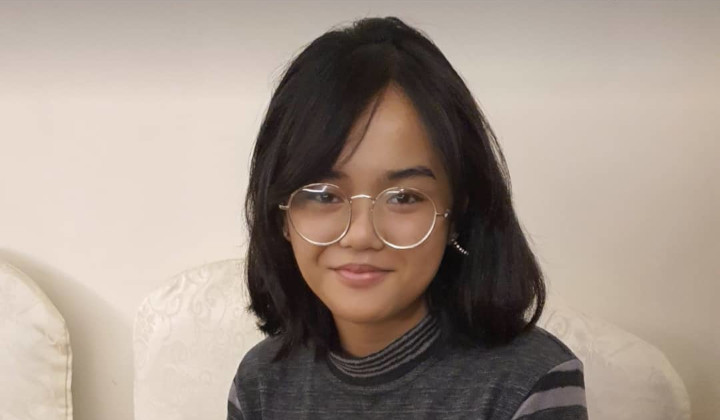 A month ago, student Ain Husniza Saiful Nizam was just a normal 17-year-old in school probably cracking jokes with friends about trivial matters.

However, it was a “joke” made by her teacher that changed her life when she decided it was time to expose such atrocities happening in school.

Many supported her courageous move after she took to social media to call out the teacher while others were quick to be keyboard warriors sending threats and condemning her.

She has since come up with the campaign to #MakeSchoolASaferPlace which has been trending and garnering media attention on an international level.

Her plight has also caught the interest of the All Women’s Action Society (AWAM) who suggested Malaysia’s Ministry of Education (MoE) call for a long-term systematic intervention to address the prevalent culture of sexual harassment and bullying in school.

Pretty heavy stuff for a young person whose only worry should be whether she’ll finish her homework on time.

While admittedly jumping on the bandwagon, we reached out to Ain to find out more about her as a regular 17-year-old. With thanks to her supportive father Saiful Nizam Abdul Wahab, we got a glimpse into Ain’s life; her family, school, inspirations, leisure activities, and of course her activism.

Internet and technology are the biggest influences in her life

As expected from a 17-year-old, the Internet and technology have been and are currently still the biggest and strongest influences in Ain’s life. She says it’s what separates the current generation from the one before. Unlike previous generations where people and family close to you played an influential role, Ain’s generation (Gen Z) depends on technology to expand their mindset.

Schools should implement how to explore safely and critically instead of just indoctrinating children and force-feeding them information. We need to give them options and teach them it’s okay to learn these kinds of things.

Technology may be imperative, but books have also been a big part of her life. One of her favourite memories is reading in the library, all by herself, surrounded by books. It’s always been a safe space for her.

She is an avid artist

If you’re following Ain on social media, you’ll notice she’ll sometimes post pictures of her drawings. When asked the age-old classic question of what she’d like to be when she’s older, naturally she replied “artist”. While being an artist may not become her preferred career, it’s something she’s passionate about which she feels doesn’t always have to be about making money.

She’s got a few things to say about school

Aside from #MakingSchoolASaferPlace, Ain also thinks schools should teach public speaking as it will have a big impact on how students think. Public speaking builds confidence that she feels will play a big part in young people as they become adults.

She doesn’t believe in idolising people

Ain believes everyone is human and can learn from each other. There will always be something inspiring someone has done and that to her is quite amazing. But if she were to choose one person to look up to, it would be 18-year-old Swedish Climate Crisis activist Greta Thunberg for being vocal about something she’s very passionate about.

Her free time is spent like any other teenager

Ain loves to play games and spend time with her friends online. Sometimes they’ll watch movies together but if she’s by herself, she’ll draw or read books. And just like any regular teen, her favourite music is whatever “sounds good” citing Kawai Sprite songs from Friday Night Funkin’ as something that gets her going. In general, she admits to “consuming any kind of media” and is not picky about music and movies.

Malaysian food is the best

Name me a Malaysian who doesn’t agree because Malaysian food truly is the best. For Ain, Laksa is her go-to, describing its taste as “like heaven”.

She’s got a lot to say about Activism

It may not come as a surprise but Ain has always been outspoken. Her parents have raised her to speak out her thoughts though it was her interest to take up public speaking that opened doors for her to be heard.

I practice a lot of thinking and then I like to debate (because) I like to know what people are thinking about.  I like to see morals and reason. I think it’s something that is really important and people need to start caring about it and speaking up about it, especially if it involves human rights.

When we asked her what other issues needed highlighting and championing from youths, she replied that there’s so much to talk about that “Where do we even start?” before firing off racial and gender issues, rape culture, crime, oppression, as just some examples.

What does she have to say to the young girls who are speaking up and out on issues?

But why call her extraordinarily ordinary?

From this writer’s perspective, Ain is keeping it real. And the people we admire most are the ones that live genuine and generous lives. Extraordinary people exist within even the most seemingly ordinary lives.

In fact, according to a psychology journal, a trait commonly found in extraordinary ordinary people is the willingness to be seen as imperfect.

Ain knows there will be backlash. In fact, she admits she sometimes still cries because of it – she’s only human.

By extension, this kind of vulnerability can inspire others to give it their best shot, too. In this case, to speak up and question what you feel is not right.