Three dark tourism sites have been identified in Sabah. 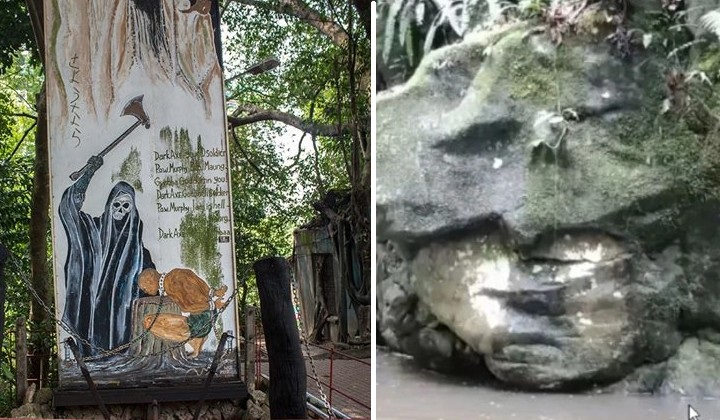 Have you heard of ‘dark tourism’? It’s a label loosely given when visiting places where some of the darkest events of human history have unfolded.

These ‘dark’ events are usually associated with a grim past like war sites, prisons, graveyards, memorial parks and places with significant historical events caused by a natural or man-made disaster.

Of the tragedies from recent times, one of the world’s best-known dark-tourism sites according to dark-tourism.com is the 9/11 Memorial Museum, otherwise known as “Ground Zero” where the Twin Towers of the World Trade Center in New York City used to stand but was destroyed in a terrorist attack on 11 September which killed nearly 3,000 people.

This macabre form of tourism has been gaining momentum in the last few years partly due to its popularity in mainstream media with television shows like Dark Tourist and Chernobyl.

In addition, several studies also show that a motivating factor that drives dark tourism is curiousity and tourists are often fascinated by the usual, unknown and unique

Other attributing factors include finding a sense of identity, the fascination of horrific events, and empathy.

Dark tourism may also be on the rise in Malaysia with scholars even discussing whether it’s a growth segment for the tourism industry here.

In an announcement last month, the Sabah government has said they are looking at tapping into the dark tourism industry as a new product and preserve history in the state.

The first one is located at Ulu Senagang substation where a British aircraft crashed on the hillside of Tinutuan in 1992 purportedly killing the seven onboard.

The plane wreckage and the pieces of wood believed to have been used to carry the bodies were still there when the CRP staff visited in 2017.

However, the crash site is about nine kilometres from the Ulu Senaggang substation and would probably require a day’s trek to visit.

The second is about 700 meters from the same substation at the Pinamansok waterfall where there’s a stone that bears the features of a human face and a mortar-shaped stone with a 20-cm deep hole that is always filled with water.

According to ancient belief, if the water is disturbed, it will cause floods or disaster.

She then added a flood took place when a ranger removed the water last year.

The third site at Crocker Range is the salt trail from Inobong substation in Penampang to Malungangan substation in Tambunan which has been around since World War 2.

People from Penampang and Tambunan used to escape into the forest during the war and later the trail became a trade route among people in the interior and coastal areas.

Around the 18th century, (traditional priest) Bobolian Aki Sogunting held a reconciliation ceremony to stop the headhunting wars among the natives to ensure peaceful trade along the trail.

Betty adds that there are many more stories that revolve around the route.

The 34-kilometre long salt trail was developed in 2000 and Sabah Parks is offering the Inobong-Terian-Buayan- Kionop and Tikolod route four-day package to tourists.