Cannes is more than just a city in France, it’s where hopes and dreams begin. 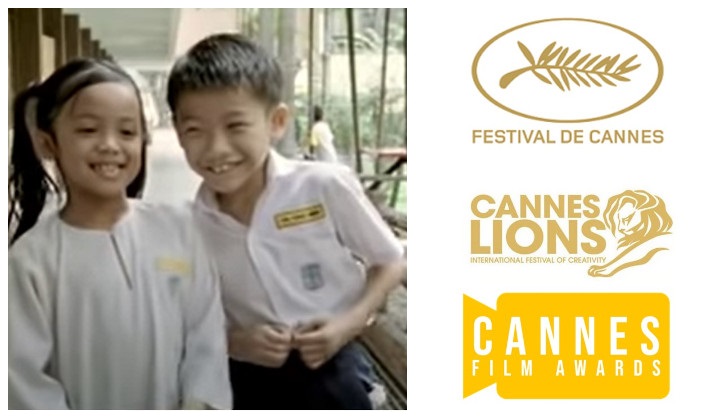 Malaysians have proven time and time again that they are worthy of international success in Cannes.

For some, making it to the Cannes commune figuratively or literally for a festival, award or even a holiday, is a marker of success for many.

In light of the recent news of the Cannes Film Festival returning after a year hiatus due to the Covid-19 pandemic, film buffs connoisseurs are anticipating a fresh breath of film talent across the globe.

Although no Malaysian titles are showcased at the event this year, the city of Cannes on the French Riviera is still renowned for hosting other significant festivals and award shows like Cannes Lions International Festival of Creativity, and the Cannes Film Awards to name a couple.

In essence, the Cannes Film Festival is an annual film festival that previews new films of all genres, including documentaries from all around the world.

Aside from its main purpose, it is also a roll call for glitz, glam, networking, and parties.

That said, only a handful of Malaysians have graced this event and they are:

1995: Film director U-Wei Haji Saari’s film “Kaki Bakar” (The Arsonist) was the first Malaysian production to be screened in the Un Certain Regard category. It is a take on William Faulkner’s ‘Barn Burnin’ about the son of an itinerant worker who tries to prevent his volatile father from deliberately setting fires.

2009: The second Malaysian to have been invited to the prestigious film festival is Chris Chong Chan Fui with his film “Karaoke,” which centres on a villagers way of life and the Malaysian palm oil industry. The film premiered in the Directors’ Fortnight stream that year, an independent selection of the film festival.

2010: Following in Karaoke’s footsteps a year later at the Director’s Fortnight is The Tiger Factory by Woo Ming Jin, a profoundly heartbreaking drama about “baby factories”.

2014: Malaysian documentary producer Indrani Kopal, a Fulbright scholar at the Hofstra University in New York at the time, was selected for her first production “The Game Changer”. The documentary about Susan Slotnick, who uses dance as a form for rehabilitation for inmates at the Woodbourne Correctional Facility in New York, was shown at the Cannes Short Film Corner.

Malaysians have also been making waves at the Cannes Film Awards. Not to be confused with the Cannes Film Festival, this international film festival celebrates film, filmmakers, producers, musicians, actors, screenwriters, photographers and the arts in general.

They aim to bring new names to the film industry and support new creators as well.

Ranked among the Top 100 most popular film festivals out of 10,000 festivals worldwide, the festival collaborates with experts in the field of European film art.

In its inaugural year this year, two Malaysians have each bagged an award at the Cannes Film Awards.

The award show was held at the Cote d’Azur Art Gallery in Cannes, France on 8 June.

For the advertising and creative communications industry, winning a Cannes Lions is equivalent to being selected for the Cannes Film Festival.

Malaysian agencies have in the past and are still currently winning large at this event.

Malaysia has always been pretty good at winning the global advertising stage and I’m sure Malaysia will keep winning.

He remembers Southeast Asia’s first and Malaysia’s only Cannes Lions Grand Prix (the awards’ most coveted honour) was in 2004 by JWT Malaysia for “Missile Car”, an imaginative guerrilla outdoor campaign to promote Channel Nine.

Since, other creative agencies that have followed the shiny award trail include the following VJ has noted for us:

2007: “Tang Hong Ming” by Leo Burnett/Arc Worldwide Malaysia – a TV commercial by the acclaimed creative director and filmmaker Yasmin Ahmad. It was the first Malaysian TV commercial that ever won a Gold Cannes Lion and is still probably one of Malaysia’s most memorable ads to date.

2015: When VJ was Group Executive Creative Director at TBWA\Kuala Lumpur, they were awarded the Silver Lion for The Eveready Book of Play which was inspired by the traditional Malaysia form of storytelling, the Wayang Kulit (Shadow Play).

Most recently this year, Grey Malaysia won Silver and Bronze Lion for WWF’s Your Plastic Diet. And in association with the Cannes Lions, they also won the most coveted Grand Prix honour at the WARC Awards for Effectiveness for Tesco: Unforgettable Bag.

There have been many other Malaysians who have strutted away with a Cannes Lion, and for that we should be proud.