In this modern reimagining of the classic tale of Cinderella, an aspiring shoe designer works to impress the King of Sneakers and maybe win the heart of the princess. 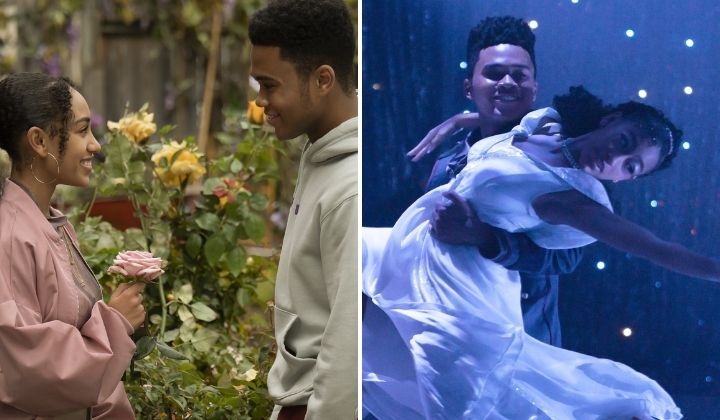 Sneakerella sounds exactly what you think it is. It’s a modern reimagining of the classic Cinderella story.

The story centres on El, a stock boy in a shoe store in New York City who’s also an aspiring shoe designer. His mother taught him everything he knows about sneakers.

Before anyone complains that it’s another ‘woke’ retelling of a classic tale, the love interest is Kira King, the daughter of a basketball star and sneaker tycoon.

El’s stepdad is busy trying to keep the store afloat while his selfish stepbrothers do anything to avoid work.

It didn’t take long for the stepbrothers to step all over El’s dream to make it as a shoe designer.

In classic Disney fashion, the film featured some musical moments. I liked that there was a mix of rap songs to carry the story forward other than the continuous use of dialogues.

The stepbrothers played their villainous roles to perfection and you can’t help but fault the stepfather for letting the bullying go on for too long either.

However, the thoughts of destroying the stepbrothers are quickly forgotten when El showed his creative shoe designs. Personally, I prefer the first pair he made (and no, it’s not fully shown in the trailer).

Unlike Cinderella, El is lucky to have a human best friend named Sami. Can you imagine having New York rats as friends? Without Sami, El wouldn’t have had the courage to accept his talent and take the risk.

I’m happy to say Sneakerella is one of the few good modern reimaginings of the tale of Cinderella.

I enjoyed seeing the heartwarming story unfold and it definitely reminded me of another classic film titled A Cinderella Story.

That said, the film would appeal to tweens who are coming of age and dealing with sibling rivalry for sure.

For grownups, it might not be a film we could relate to anymore. You got to suspend disbelief and turn off your logical mind a bit.