Affected workers are urged to lodge a police report and send a copy to the Singapore High Commission. 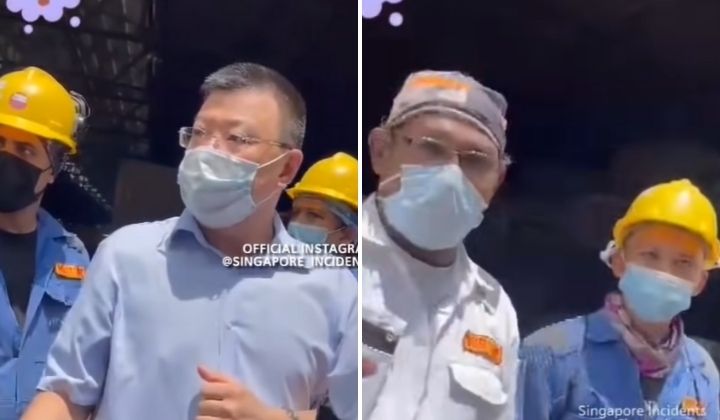 The pandemic has decimated many businesses in Malaysia and those that are still surviving might be struggling to pay their employees and some workers don’t get paid at all. The same goes for Malaysians who are working across the straits in Singapore.

On Tuesday (13 October 2021), a Tiktok user @solah5817 posted a video showing a heated exchange between his colleagues and their Singaporean boss.

In the video, Solah5817 explained that employees who have just joined the company have yet to receive any pay.

When they inquired about the pending salary payments, the boss said, “Maybe on Thursday I let you know the outcome… I cannot say I pay or I don’t pay. I will see what I can do to help you and help myself. We must move along.”

Dissatisfied with the response, the workers pointed out that those who have gone back to Malaysia were not paid as well.

The boss also stated that he’ll only pay the workers on “every third week of the month” and refused to issue a ‘black and white’ documentation.

When the boss started to walk away from the conversation, another man in a white construction jumpsuit told all the workers that the boss “will settle it.” He also mockingly told them to continue recording the encounter.

Since the video went viral, a spokesperson from the Ministry of Manpower (MOM) told AsiaOne they were investigating the issue, which include a “discretionary bonus purportedly not given by the employer as well as other employment and salary-related matters.”

The Malaysian Trades Union Congress (MTUC) caught wind of the situation and stated that they’ll write to the Human Resources Ministry to investigate the case as well.

According to MTUC secretary-general Kamarul Baharin Mansor, a case like this should not have happened in a country like Singapore which has ratified the International Labour Organisation charter.

The Malaysia-Singapore Workers Task Force has appealed to the government to take action on the issue too.

“We will push the Malaysian government to get their high commission to act on this matter,” task force chairman Dayalan Sreebalan told FMT.

According to Sreebalan, none of the affected workers has approached the task force for help.  In light of this, he urged the unpaid workers who have returned to Malaysia to file police reports to the Singapore high commission.

“From my knowledge, they are still negotiating with the employer to get their wages paid,” he said.