More than 8 million have received their first jab. 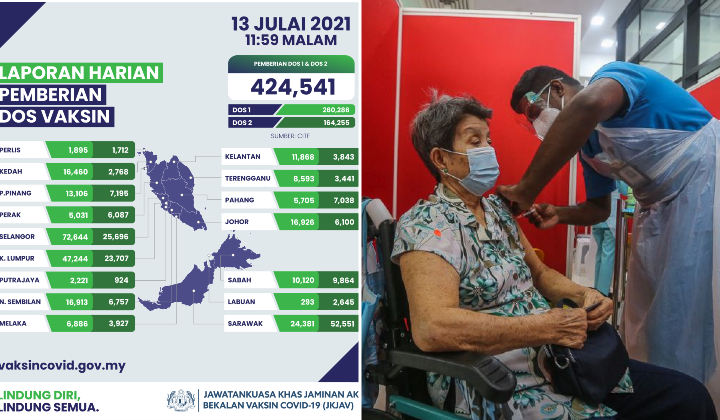 Malaysia has reached the quarter mark as 25% of the country’s population has received at least one dose of vaccine, based on the stats from the National COVID-19 Immunisation Programme (JKJAV).

Selangor + Wilayah Persekutuan (which includes Kuala Lumpur and Putrajaya) has the highest number of vaccinations with 3,198,151 first dose jabs and 984,631 second dose jabs.

The other state that has given out over a million shots is Sarawak which rolled out 1,437,565 first doses and 661,799 second doses. Now the state has covered half of their population as 51% have been given at least one dose.