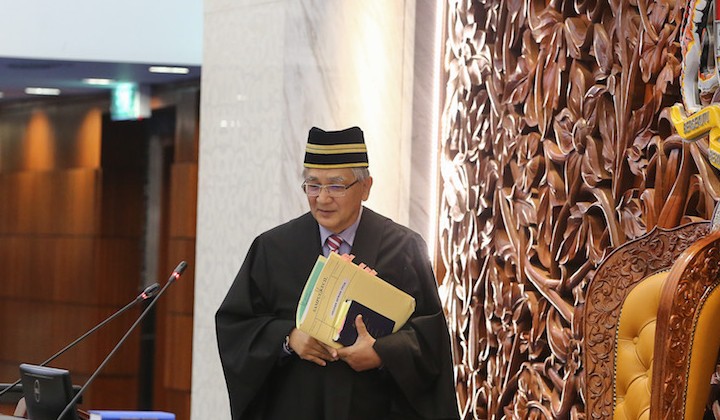 With the Parliament looking to restart on 17 July, there have been talks about the Speaker of the House of Representatives (Yang di-Pertua Dewan Rakyat).

Given that the position is mentioned in the Federal Constitution, it sounds like the person who holds this position is pretty much a big deal.

For this article, we’ll take a look at the Yang di-Pertua Dewan Rakyat:

How can someone become a Dewan Rakyat Speaker?

You don’t have to be a member of the House of Representatives to become the Speaker, as long as you’re are deemed qualified, you can be elected.

What are the functions of the Speaker?

The person will be responsible for:

According to Parliament, the Speaker of the House of Representatives may resign and shall vacate the office if:

Clause 5 states that a Speaker will be disqualified if he or she still holds or becomes a board member of a particular company.

However, this doesn’t apply to charity organisations.

Tags
Dewan Rakyat speaker speaker of the house of representatives