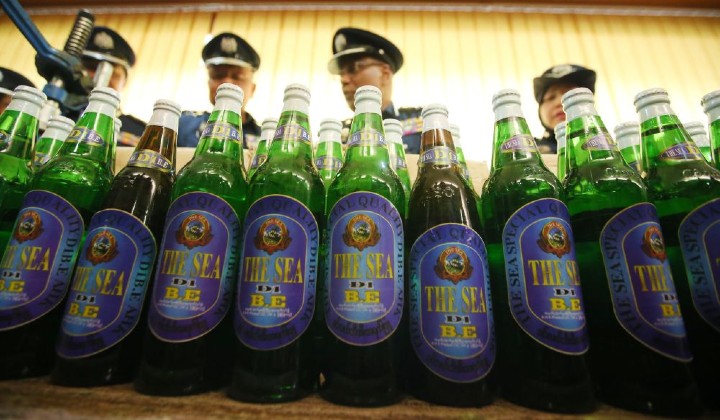 Illegal liquor sold to foreign workers and Malaysians in Klang is under police scrutiny, as Klang Municipal Council Enforcement Department attempts to shut down illicit trade.

What you need to know: Illegal alcohol in high concentrations, often between 39% to 47.8%, is being sold to the vulnerable population in Klang. This is concerning as the local Klang enforcement investigation team requires months of surveillance to probe the sale of illegal alcohol to pull off a successful operation to catch traders of these substances. The illegal alcohol operation is well-hidden as traders hold only a small amount of stock and replenish frequently from their distributors. The enforcement team will be focusing on finding the warehouse next.

Why it matters: Many residents in Pulau Indah, Kapar, Sentosa, and Meru complain that foreign workers could be seen drunkenly loitering around their hostels and in public. In addition to that, Malaysians in the B40 group also consume these cheap liquors.

Who said what: MPK Enforcement Department director Andry Arman Masrom noted since January to June 2020 alone, the team has raided 27 shops and confiscated 4,769 bottles of illegal liquor. The team also works closely with the Klang police to tackle the problem.

Read more:
Crackdown on illegal liquor in Klang (The Star)