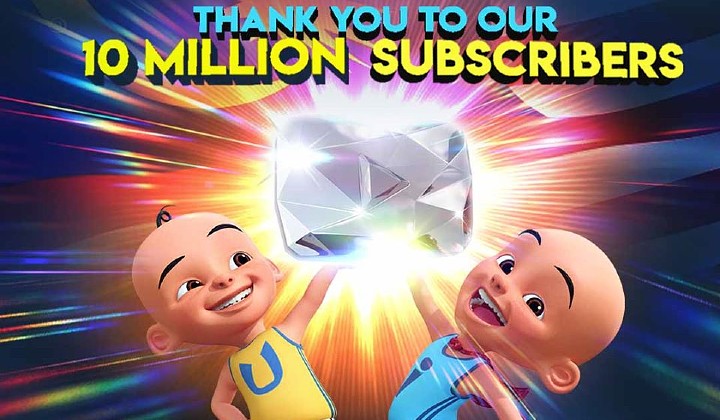 It took some time, but a Malaysian YouTube channel has finally hit the 10 million subscribers mark.

Overjoyed by the news, the animation company took to celebrating the milestone on their social media, sharing the live countdown to the exciting moment on Instagram.

The heart-pounding moment was described like watching a football match.

Burhanuddin expressed his joy to the Malay-language news site, calling it an incredible achievement and stated that the entire team is proud to be Malaysia’s first YouTube channel with 10 million subscribers.

He added that up to February 2020, only 566 YouTube channels worldwide had recorded 10 million subscribers.

Les’ Copaque’s YouTube channel was first launched in 2009 and was previously awarded the Silver Play Button and Gold Play Button by YouTube for passing 100,000 and one million subscribers successively.

Congratulations to Les’ Copaque on the amazing achievement!