Nooryana Najwa, daughter of former Malaysian Prime Minister Datuk Seri Najib Razak, questioned why Anwar Ibrahim was permitted to campaign from jail for his wife at the 2015 Permatang Pauh by-election when her father was not. 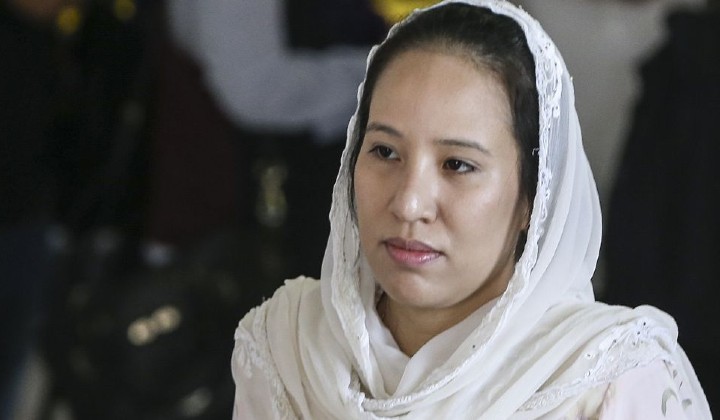 Nooryana Najwa, the daughter of former Malaysian prime minister Datuk Seri Najib Razak, questioned why Anwar Ibrahim was allowed to campaign from jail for his wife during the 2015 Permatang Pauh by-election while her imprisoned father was prohibited from releasing a statement on GE15.

She also shared screenshots of related news articles, one of which said that Anwar’s message to the public was conveyed by his lawyer at the time, Latheefa Koya, urging them to vote for the PKR and its candidate, Datuk Seri Dr Wan Azizah Wan Ismail.

In the second news article, Supri Hashim, the senior director of prison policy for the Prisons Department, said that Najib could not campaign for the upcoming general election.

Why could Anwar do so but not Najib? Is it because his name is Najib?

Yana Najib asked in a posting on Instagram yesterday.

Supri Hashim, the Senior Director of the Prison Policy Division, was quoted as saying earlier that no prisoner who is currently serving a sentence has been able to make a statement.

He stated that the restriction applies to all prisoners, including former prime minister Datuk Seri Najib Razak.

If the previous prime minister has an opinion on how the political climate in the country is right now before the GE-15, that opinion is also relevant to the instruction.