Darwish Putra Muhd Sanusi needs to save RM60,000 to have a shot at his dream. 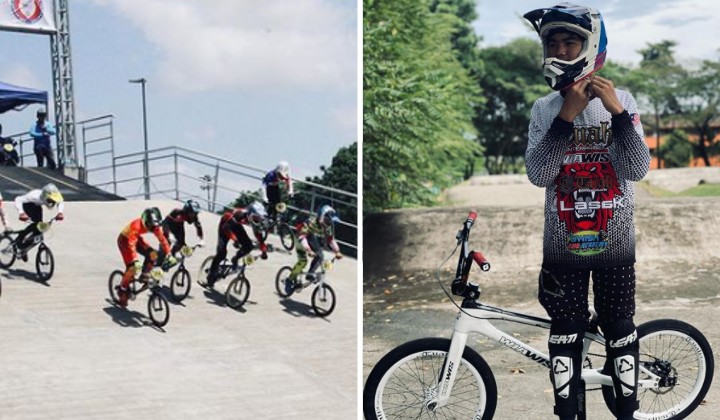 Despite being lifting several BMX racing titles, 17-year-old Darwish Putra Muhd Sanusi has to work on the side just to cover his expenses if he wants to participate in the World BMX Champions in France.

Based on an interview with Harian Metro, the event is set to begin in July and for that reason, he has been working at his stall in Alam Budiman, Selangor, selling coffee.

Darwish mentioned that he doesn’t mind doing the work, as long as he can find the resources and it’s reported that he needs at least RM60,000 to participate in three tournaments that offer qualifying points.

Darwish told the Malay newspaper that he dreams of becoming the first BMX rider in the country to qualify for the 2028 Olympics in Los Angles.

Previously, he won the BMX C1 International Challenge in Jakarta, winning the first race and coming in as runner-up in the second race.

He also secured the Sportsexcel Youth BMX Championship, apart from lifting the national title three times since the age of 13.

Darwish actually went viral a few years back when he only received RM30 for winning the under 11-year-old and ‘Pushbike’ categories while his younger brother got RM15 for coming in first in his category.

We have talented riders but the sport is not popular enough

Muhd ​​Sanusi Kamarul Azhar, Darwish’s father and personal trainer said to Harian Metro that Malaysia has many talents in the sport but because it is not popular enough such as track and highway events, it’s difficult for the sport to grow.

I need support from all parties, especially the Ministry of Youth and Sports (KBS) in developing BMX to the international level. I know it is difficult to get funds due to financial constraints at the moment. But if we do not start from now then when are we going to achieve that goal. Darwish doesn’t mind spending his own capital to sell coffee since September last year because he wants to prove that he can qualify for the World Championships.

From the start of Darwish’s career, Sanusi incurred his own expenses to send his son to participate in outdoor tournaments because he was confident that his son would be able to be a pioneer in the sport.

We have many talented riders. While Thailand and Indonesia have already qualified for the Olympics in the BMX event, we will do that as well. I will do everything I can to prove my son’s ability. I know he can do it.

BMX or bicycle motocross is a type of cycling sport that BMX-type or off-road bikes in their competitions and there are two prominent events – BMX racing and BMX freestyle.

BMX racing mimics motocross race events where riders would race in a circuit while BMX freestyle requires riders to pull off tricks to earn a good score.