Malaysians want the government to take action on the sudden increase. 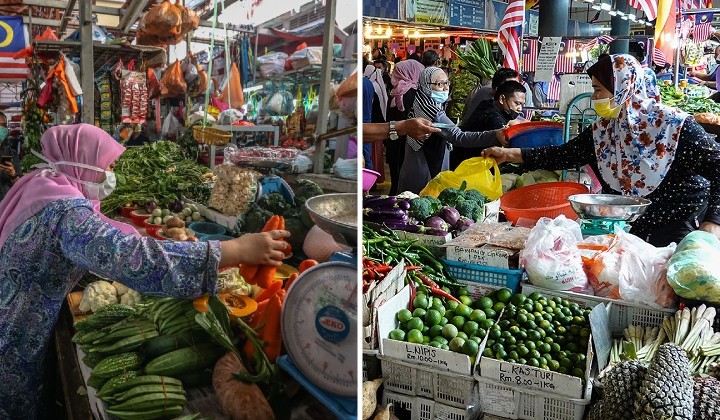 If previously the public has talked about the increase in the price of raw materials such as chicken and eggs which was detected since last October, now reports have surfaced saying that the prices of vegetables have also increased tremendously recently.

According to an infographic shared by Harian Metro, there are 3 types of vegetables that have been reported to have almost doubled in price, including cauliflower from RM7 to RM16 per kilogram, broccoli from RM8 to RM20, and beans from RM8 to RM15 as reported by the Penang Consumers Association (CAP).

Several other vegetables such as cabbage and red chili recorded a slight increase while the price of bok choy tripled from RM3 to RM9.

All these prices are understood to have started to rise over the past two weeks based on monitoring from CAP.

The report clearly caused uneasiness among netizens on social media who described the sudden increase as absurd and should be taken seriously by the government.

The increase in these raw materials if not controlled can cause the country to experience extreme inflation.

There are also those who think that if the people want to live a healthy life, the government, especially the Ministry of Domestic Trade and Consumer Affairs (KPDNHEP) should control the price of vegetables well.

Kangar Member of Parliament (MP), Noor Amin Ahmad through his Twitter account also uploaded an infographic comparing the price of the vegetables which showed an increase from 40% to 200%.

Based on reports from Berita Harian, unpredictable weather, as well as damage to farmers’ crops in Cameron Highlands, caused the supply of vegetables in the market to decline.

This situation has caused vegetable prices across the country to face a sharp rise.