Nancy Syukri said that if all goes well, the announcement will be made by the Prime Minister. 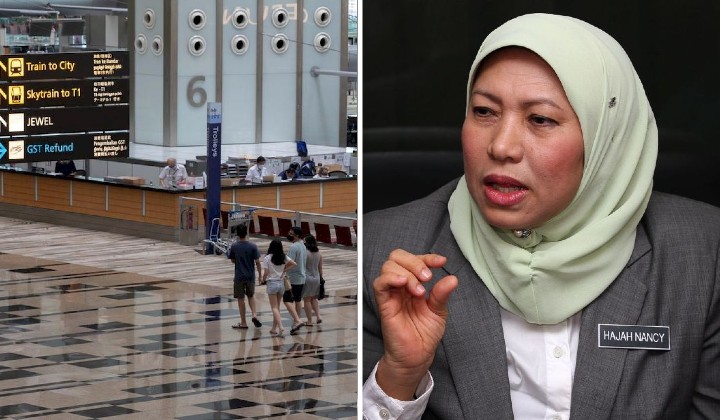 The government is looking to discuss with Singapore on the possibility of creating a special air travel lane for vaccinated travellers, according to Travel, Arts and Culture Minister Datuk Seri Nancy Syukri.

The Straits Times quoted the Minister who mentioned that she will meet Singapore’s Trade and Industry Minister on 29 October to discuss on the matter.

The Minister also added that it will be brought to the National Security Council (NSC) for approval.

Once approved, Nancy said, the announcement will be made by Prime Minister Datuk Seri Ismail Sabri, based on reports from Bernama.

Other Ministries will also discuss with their counterparts from Singapore, in order to ensure that it goes ahead smoothly. We will also bring up this matter in the National Security Council (MKN) meeting.

Malaysia has been looking at easing border restrictions within the next few months, with The Edge reporting that the government plans to reopen the country by December.

The country had to close down its borders for close two years due to Covid-19 but domestic restrictions such as interstate travel have been reduced after the vaccination rate for adults reached 90%.

Despite being right next to each other, neither Malaysians nor Singaporeans are allowed to travel between the two countries with notable exceptions such as for business, official or emergency reasons.