Kelantan, Terengganu and Pahang will be states most affected by the Northeast Monsoon. 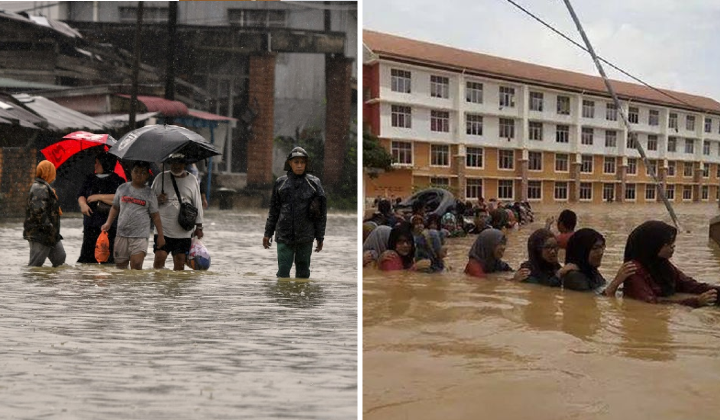 If you’re planning to travel to Kelantan, Terengganu or Pahang in the coming months, do note that the Malaysian Meteorological Department (MET Malaysia) is expecting heavy rains with the possibility of floods to happen in those states.

The Department mentioned that the Northeast Monsoon 2021/2022 is forecast to begin in early November 2021 and end in March 2022.

During this period, they said, four to six episodes of significant heavy rain and flooding are expected during the initial phase of the Northeast Monsoon from November 2021 to January 2022.

Kelantan, Terengganu and Pahang will be most affected by this, with episodes of heavy rain expected to occur between November to December.

Downpours down south in December

Meanwhile, from December 2021 to January 2022, episodes of heavy rain are expected to be more concentrated in Johor, Sabah and Sarawak.

However, during strong cold air gusts, it can also affect the weather conditions of the states on the west coast of Peninsular Malaysia.

East coast to be hit with most rain this season

MET Malaysia mentioned that the highest expected rainfall during the monsoon season is in November and December 2021 in the East Coast, particularly in Kelantan and Terengganu.

These two states are expected to receive slightly above average rainfall of between 450 mm to 1000 mm.