Malaysia is one of the first countries to get their hands on the new drug. 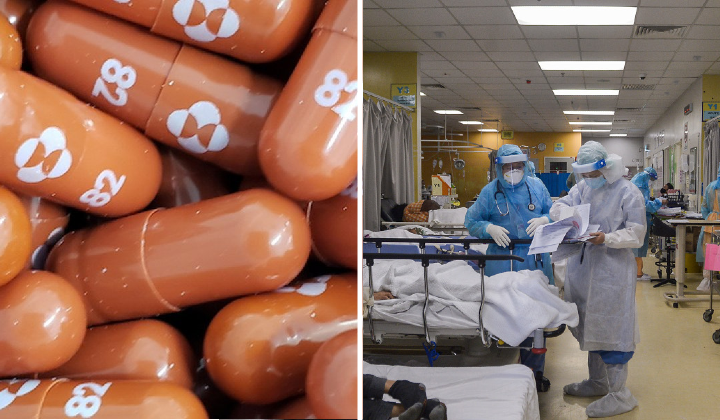 Malaysia recently acquired the antiviral drug Molnupiravir from Merck Sharp & Dohme to be given out to Covid-19 patients fight the disease.

Health Minister Khairy Jamaluddin said in a statement that the government agreed to procure 150,000 complete treatment packages (patient courses) after signing the Letter of Undertaking with Merck Sharp & Dome.

This decision was made in preparation for us to begin the transition to the endemic phase of living with the Covid-19 virus by adding new innovative treatment options as a ‘weapon’ to fight Covid-19, in addition to the use of vaccines and other public health measures.

Malaysia today signed a letter of undertaking with Merck to procure the Molnupiravir anti-viral treatment for COVID-19. We will continue to add more treatment options as part of our arsenal to be a COVID-19 resilient nation. This complements our successful vaccination rollout. pic.twitter.com/pIIOrTxd4W

Khairy quoted a study conducted by Merck Sharp & Dohme which found that Molnupiravir reduced the ward admission rate by 50%.

He also mentioned that the drug is also effective against the newer and much more violent Covid-19 variants virus such as gamma, delta and mu.

Based on reports by Bernama, the antiviral pill will be given out for free to those who are symptomatic for at least five days or are identified as category three, four and five patients.

Not a vaccine substitute

Although it is effective, the Health Minister stated that the pill is not a vaccine substitute because the drug is only meant to fight the virus once an individual is already infected with Covid-19.

However I would like to state here that even though this Molnupiravir drug is effective, it does not mean that the vaccine is no longer needed because the function of the vaccine is to reduce the infection and preventing from becoming more severe. Molnupiravir cannot prevent infections. It is only beneficial to those who are already infected. We need both methods to lower the disease burden of Covid-19, thus providing a greater impact in efforts to prevent and control the transmission.

A new pill has entered the ring

Molnupiravir was created at Drug Innovation Ventures at Emory (DRIVE), a non-profit company wholly owned by Emory University and developed by Merck in collaboration with Ridgeback Biotherapeutics company.

The drug is developed specifically to treat SARS-CoV-2 – the scientific name for coronavirus and is taken orally, based on reports from Berita Harian.

Reports also mentioned that patients with mild to moderate symptoms need to consume the drug every 12 hours for a period of five days.