The leaked documents pointed out that his family and associates are involved in offshore companies. 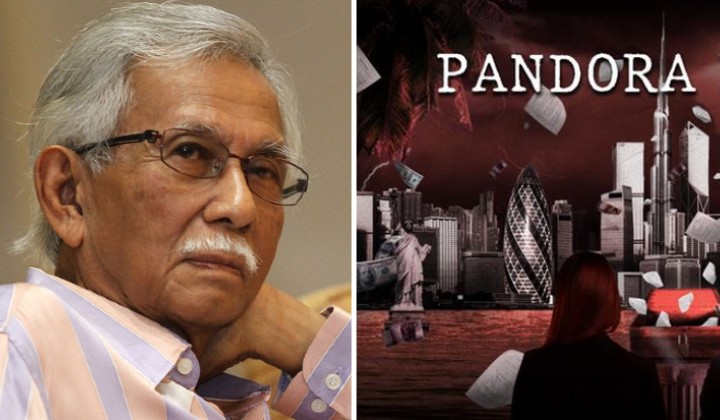 MalaysiaKini did an in-depth coverage on the issue, reporting that both of his sons, Muhammad Amir Zainuddin Daim and Muhammad Amin Zainuddin Daim were listed as shareholders in the Newton Invest & Finance Limited in the British Virgin Isles (BVI) – along with Naimah Khalid (their mother and Daim’s third wife).

It’s reported that the company has properties in London worth £10 million in 2017.

This is not the only company that both brothers are tied to as it’s also pointed out that they are owners of several offshore firms – including Splendid International Ltd which has properties worth £12 million.

Along with their mother, the two are also reported to be shareholders in multiple firms in London which dabble in investment or property management.

The Pandora Papers revealed that the companies and trusts held by Daim’s children, wife or known business associates rack up to at least £25 million in assets.

Besides his two sons and third wife, Daim’s daughter, Aslinda Daim-Pan and also one of his associates, Josephine Premla were also mentioned in the documents.

Daim said he didn’t do anything wrong

Meanwhile, Daim has taken a jab at MalaysiaKini’s latest report, calling it an “endless obsession”.

He was quoted saying that not all the trustees listed were his and all the transactions he conducted were legitimate and added that said the trustee was part of the “estate planning” since he retired.

Daim said that the report is implying innuendo and speculative misconduct and deems it as “unprofessional” and an attempt to tarnish his reputation.

The revelation came into public attention after the International Consortium of Investigative Journalists (ICIJ) published the “Pandora Papers” – an exposé that allegedly sheds light on the financial secrets of 35 current and former world leaders as well as more than 330 politicians worldwide.

FMT reported that the association will be leaking more documents in the coming days, months or even years as the ICIJ have 12 million files to dissect.

Touted as the “most expansive exposé of financial secrecy yet”, the investigation involves more than 600 journalists from 117 countries.

The Pandora Papers was published five years after the Panama Papers – also published by the ICIJ, which asserted that some national leaders and their confidants used offshore banking to conceal their fortunes.