He said that social gatherings might be one of the last things to reopen. 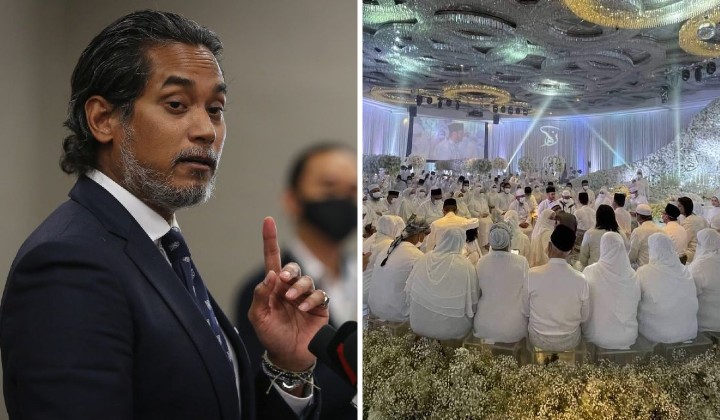 The government will only decide on allowing private social gatherings based on how Malaysians behave once the interstate travel is allowed, according to Health Minister Khairy Jamaluddin.

He answered a query from on Twitter user who asked whether social events would be possible soon given that the country is looking at reopening state borders.

In the reply, he also said that he is unconvinced that Covid-19 SOPs can be followed during these ceremonies.

Social gatherings in closed venues may be among the last sectors to open. I am unconvinced at the moment that SOPs can be observed in big weddings etc where masks come off and people talk with mouths full of food. Let’s see how we behave after interstate travel is allowed.

He was quoted by NST explaining that the government’s decision to move from 80% to 90% is to ensure that no state was left behind before is announced.

Majlis sosial dalam venue tertutup mungkin antara sektor terakhir untuk dibuka. I am unconvinced at the moment that SOPs can be observed in big weddings etc where masks come off and people talk w/ mouths full of food. Let’s see how we behave after rentas negeri is allowed. https://t.co/NdN6Qgo1Po