Both big development projects were not popular with the public and posed as threats to the environment. 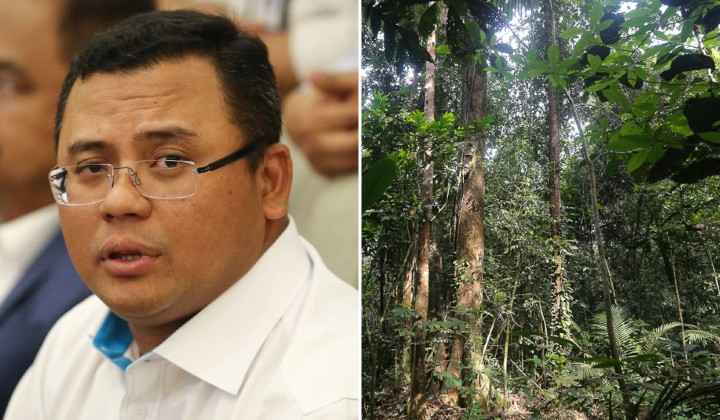 The Selangor state government has decided to regazette the Kuala Langat Forest Reserve, stop proposed developments on certain areas within the reserve and cancel the land’s ownership transfer.

Menteri Besar Datuk Amiruddin Shaari announced on Facebook that the state government will instead consider a smaller portion of land for the purpose of the East Coast Rail Link (ECRL) alignment.

In relation to that, the Selangor State Government will begin the process of regazetting the Kuala Langat Utara Forest Reserve.

Besides that, the state government will also allocate 104 acres out of a total of 1,326 acres to complete the land ownership transfer to Kampung Orang Asli Busut Baru – to resolve relocation issues in 1994 for the purpose of building Kuala Lumpur International Airport (KLIA) which has been pending since 2006.

He also mentioned that the replacement area gazetted as a Permanent Forest Reserve of 1,436 acres in Sungai Panjang, Ampang Pechah and Bukit Broga will retain its status.

The State Government would like to emphasize that all previous delisting processes have followed all procedures and procedures stated in accordance with the law.

Meanwhile, the seawall project to form three artificial islands for the Penang South Reclamation (PSR) is now facing new challenges after the Department of Environment (DOE) Appeal Board decided to revoke the environmental impact assessment (EIA) approval for the project.

Reports have pointed out that the project hasn’t been too popular, especially among the local fishing community and environmental activists.

The decision of the DOE Appeal Board saw that the EIA approval – which was obtained on 25 June 2019 – revoked and no longer considered as valid.

This also means that the Environmental Management Plan (EMP) for the project which is awaiting approval will also no longer be applicable.

This is because the approval to obtain EMP is also closely related to the EIA approval obtained earlier, this means that all processes need to be restarted by the state government and developers.