The session is organised by the Legal Profession Qualifying Board (LPQB) after recent media reports questioning the constant low passing rate in the exam. 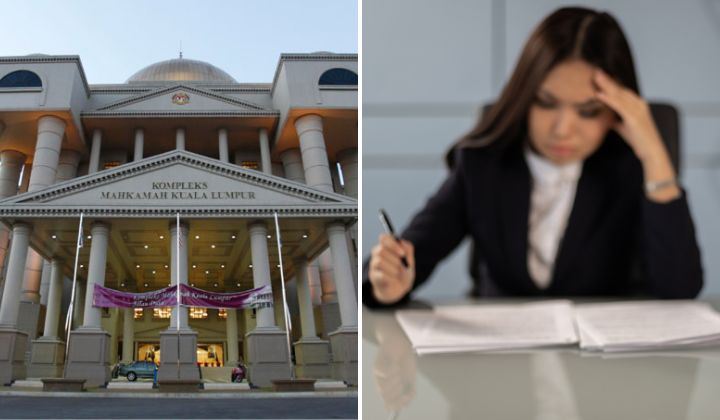 The Certificate of Legal Practice (CLP) is the final step for law graduates of private and foreign universities to determine whether they qualify for admission to the Malaysian Bar.

However, it’s notorious for having a low passing rate every year.

Around 2,000 candidates sign up for the CLP but only 20% to 25% pass the examination, judging by the results from the past years.

Members of the public believe there’s a form of a quota set for the CLP, but the attorney-general himself denied the existence of it each year.

After recent media reports had questioned the low passing rate, the Legal Profession Qualifying Board (LPQB) is organising a two-hour preparatory session for those sitting for the examination in October.

The special briefing is held on 24 September to highlight the frequent mistakes made by past candidates when answering questions.

This is to help CLP candidates answer the questions correctly. This session will be coordinated by the CLP team helped by a number of senior legal practitioners.

According to Free Malaysia Today, some past and present candidates said the briefing is the first time the board has organised a session.

A law degree holder who’s sitting for CLP for the third time this year said the briefing session was “something better than nothing” and hoped to get some pointers out of it.

What happens when candidates fail?

Candidates who fail to pass are allowed to retake the examination up to four times within five years.

Due to the low passing rate each year, there have been calls to scrap CLP and replace it with a better common bar exam for all.

In another report by Free Malaysia Today, Muda vice-president Lim Wei Jiet has previously said that CLP was a total waste of time and it doesn’t prepare candidates for the realities of legal practice.

He believes a common bar exam for all law graduates can replace CLP. It’s even better if the syllabus covers skills that some law graduates lack such as procedural regulations and the practice of conducting a trial and drafting corporate agreements.

Former Malaysian Bar president Salim Bashir said law graduates from local universities are exempted from sitting for CLP because the module is already part of the final-year course.