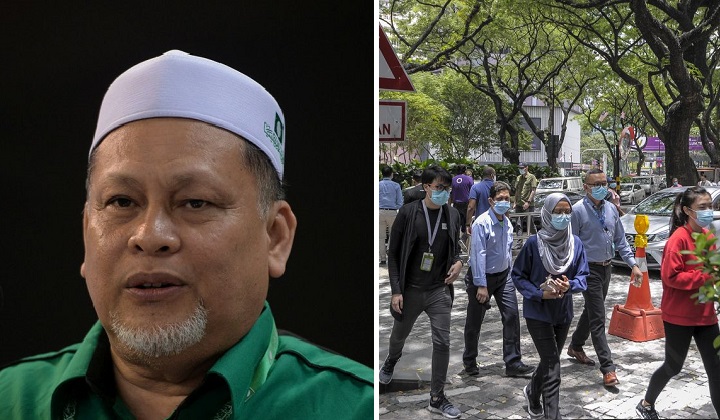 Kelantan Deputy Menteri Besar Datuk Mohd Amar Nik Abdullah defended that there are plenty of jobs in the state but this doesn’t stop Kelantanese folks from migrating outside due to their fondness for wandering.

He however said that this is not unique to Kelantan as there are a lot of people from other states that also chose to do so, pointing to a recent study that revealed that 500,000 Malaysians were working abroad.

Mohd Amar, who is also the PAS vice-president, however, said that while this is down to personal preference, the Kelantan state government will try to find ways to encourage people to work inside their own state.

“This was due to attitude and if there is a need we will build a platform to provide information to the people to attract them to work in their own state,” he was quoted as saying by Sinar Harian.

Mohd Amar said this in a dialogue session in Kota Baru, last night.

He was responding to claims about the apparent lack of job opportunities in Kelantan that forced its people to migrate.

Mohd Amar said that their fondness for wandering is not only limited to jobs but also can be seen in education.

Another prime example, according to Mohd Ammar, is Kelantanese preference to study in Kuala Lumpur for their tertiary education despite the existence of institutions such as the Sultan Ismail Petra International Islamic College in the state.

He also said that there is an abundance of job opportunities in the oil palm plantations across the state which offers a high salary but the lack of takers forced the industry players to rely on foreign labour.