The female cub has been finally given a name after almost a year of being born. 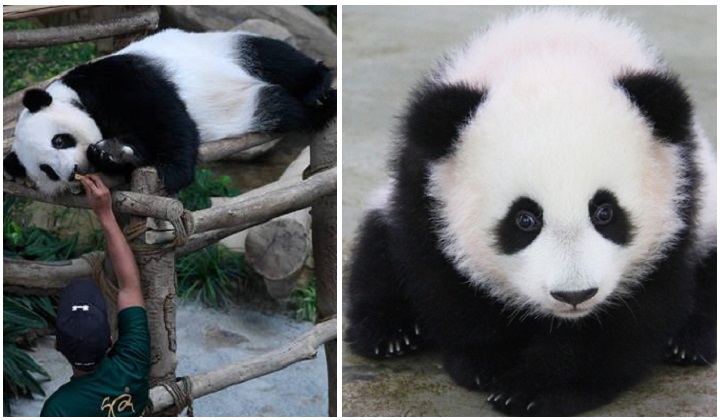 The name of the giant panda cub was announced by the Minister of Energy and Natural Resources, Datuk Seri Takiyuddin Hassan together with the Chinese Ambassador to Malaysia Ouyang Yujin in a ceremony held at Giant Panda Conservation Centre earlier today.

The female cub, the third offspring of the giant panda couple Xing Xing and Liang Liang, which was born on 31 May last year, was in good health and is currently weight more than 27 kilogrammes.

“The Malaysian government hopes that Sheng Yi will be able to further boost the existing friendship between Malaysia and China,“ Takiyudin was quoted as saying by Bernama.

Sheng Yi (升谊) – which means peace and friendship – has been on public display since December 2021.

Apart from Sheng Yi, Xing Xing and Liang Liang have two other children born in Malaysia, namely Nuan Nuan, which was in August 2015 and Yi Yi, born in January 2018.

Xing Xing and Liang Liang arrived in the country on May 21, 2014 and will be here for a period of 10 years under the Giant Panda International Conservation Cooperation Agreement Programme.

Under the agreement, every cub born to the Giant Panda couple must be sent back to China at a minimum age of 24 months and not beyond four years old.

Nuan Nuan was sent back to China on November 14, 2017 while Yi Yi was supposed to be sent back to its homeland in April 2020, but had to be postponed because China was still closing its conservation center at that time due to the Covid-19 pandemic.