Around 48 million couples and 186 million individuals suffer from infertility worldwide, where one in six couples face problems with fertility. 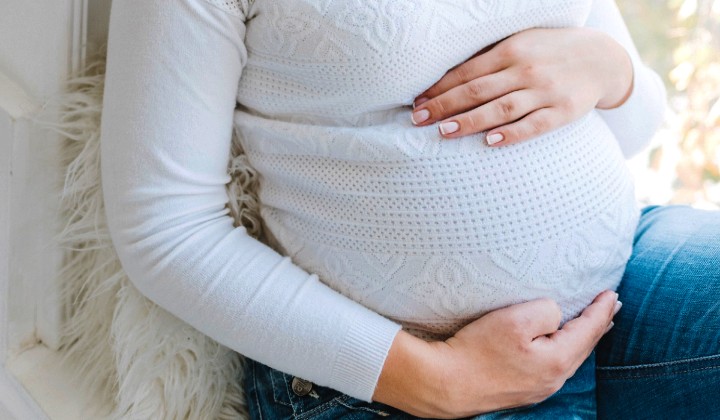 For over five decades now, Malaysia has been recording a steady decline in the Total Fertility Rate (TFR) in women of reproductive age, causing a domino effect of declining population growth and the birth of an aging nation.

While this has been a topic long discussed, the infertility alarm bells rang after the Statistics Department revealed a sharp drop of births per woman recently.

This is highly alarming because according to the United Nations, a country’s fertility rate cannot be lower than 2.1 births per woman in order to maintain a stable population. The essence of procreation is what helps a country grow, flourish.

Without which, a nation will slowly turn into an aging society with a declining group of younger generations to help build the country and become leaders of tomorrow. It will also cause a serious manpower shortage, further affecting the country’s development.

An aging society would also mean an increased pressure on the government to put in place a lot more support systems and facilities for the elderly.

According to Women, Family and Community Development Ministry secretary-general Datuk Dr Maziah Che Yusoff, the drop in TFR is accelerating the aging process of Malaysia’s population where 15% will be over the ages of 60 by 2030.

If nothing is done about this, the population will reach its maximum population of 46 million in 2071 before experiencing population shrinkage by 2072.

That said, not everyone is blessed with fertility. Around 48 million couples and 186 million individuals suffer from infertility worldwide, where one in six couples face problems with fertility. Infertility is defined as the inability to conceive naturally after 12 months of having regular unprotected intercourse and six months of trying for those aged 35 and above. Infertility can be caused by either the male, female or a combination of both parties.

Meanwhile, on the other spectrum, there are also some who choose to put off having children due to a number of factors related to the economy, society, financial aspects and so on. Not forgetting the recent Covid-19 pandemic that has pushed more couples to hold off on having children due to the uncertainty of the economy and also fears of the virus and how it will affect pregnancy and newborn babies.

The act of delaying parenthood will cause fertility health to dwindle, as similar to women, men’s fertility also declines with age, where the quality of sperm is affected.

This is according to Irene Kwan, CEO of TMC Fertility & Women’s Specialist Centre who shared that infertility can be attributed to a myriad of problems ranging from an individual’s personal health issues to socio-economic factors or even lifestyle choices.

One of the key risk factors for infertility is age, which can be seen as one of the major causes of infertility among Malaysians. For women, the peak of fertility is between the ages of 20 and 35.

After 35 years old, the ability to conceive declines rapidly due to both a decline in egg quality and the ability for a woman to regularly release an egg every month. As for women aged 41 and above, the chances of conceiving are even lower without the help of assisted conception as the quality of eggs deteriorates.

With that said, more and more couples are choosing to delay parenthood to pursue their careers and achieve financial stability. With the increasing cost of living, high childcare expenses and a shift in values among the younger generation, family planning has taken a backseat and climbing the corporate ladder is the ultimate goal for some.

Aside from this, there are also some inevitable factors surrounding a woman’s reproductive health that are beyond their control such as ovulatory disorders, endometriosis, pelvic adhesions, tubal blockage, womb abnormalities and so on.

Women aside, men are not spared from this as they too can encounter fertility issues with problems such as azoospermia (no sperm during ejaculation), erectile dysfunction and even lifestyle choices such as smoking, excessive alcohol consumption and diabetes affecting sperm quality and production.

As men age, so does the quality and quantity of their sperm. Although there are cases of much older men fathering children with younger women half their age, these cases are not the norm and should not be emulated.

“There are also arguments that associate infertility with stress. However, stress is in fact not a direct cause of infertility but can cause other problems that result in infertility such as hormonal problems and abnormal sperm count,” said Kwan, CEO of TMC Fertility.

She added that one key advice she would give for those experiencing fertility troubles is to get checked early and get the proper treatment needed by a specialist.

One of the ways to help increase the fertility rate in the country is to raise awareness on fertility health, being informed about the factors that affect fertility and being in the know of the various fertility treatments available.

The earlier infertility is detected and treated, the higher the chances of getting pregnant at a younger age. Lifestyle changes can also help boost fertility such as the reduction of caffeine and alcohol intake, reducing body weight to a healthier BMI and having a balanced diet.

“Knowing the cause of your infertility is a battle half won. By knowing the reasons behind your inability to get pregnant despite years of trying can get you the right kind of help needed – be it a lifestyle change, reducing stress, emotional support or a medical intervention and we are here to help in any way we can,” said Kwan who hopes that the advancement of technology can help change the future of infertility treatments and ultimately help Malaysia overcome its declining TFR.

To help patients who may be financially concerned, the Malaysian government has allowed for withdrawals to be made from Account 2 of the Employees Provident Fund (EPF) for fertility treatment purposes.

This initiative was announced in Budget 2020 in a bid to ease financial burdens of young couples with infertility issues and also to increase TFR in the country.
The fertility treatments allowed are Intrauterine Insemination (IUI), In-Vitro Fertilisation (IVF) and Intracytoplasmic Sperm Injection (ICSI).